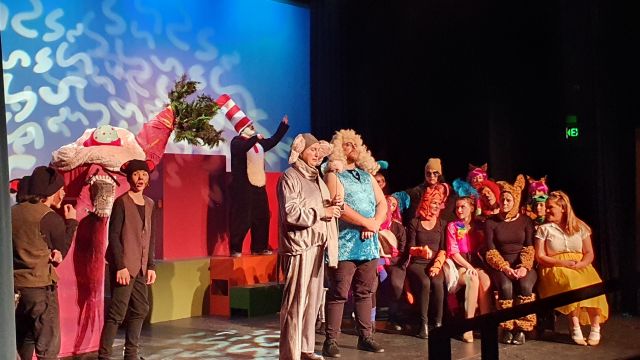 Laughing Horse Productions’ Seussical is the first musical in Perth to be cast post-shutdown, but has very much been impacted by the current restrictions. Despite its difficult journey, this bright, breezy and colourful musical sold-out before it opened and clearly delighted its opening night audience.

This show features a cast of forty, and while the current Arts guidelines do not require physical distancing during a performance, current local government regulations limit the number of persons on stage at Don Russell Performing Arts Centre to just twenty. When it became clear that these regulations would be extended into October, some extensive re-blocking was required. Kudos to director Adam Salathiel and choreographer Tess Howieson for ensuring that these rules were adhered to, with some creative choreography. This bizarre game of Tetris was rarely noticeable and was beautifully executed, although I must say that the lack of the full cast at the final curtain feels decidedly strange.

The audience is of course well spaced - Seussical is using “Seussical themed” cardboard people to fill the empty seats - and I must say that they are a delight. Working to a backing track, the lack of orchestra allows for a slightly larger number of attendees - but this is a high quality track, and singing is generally very strong under the direction of vocal director Ben Albert. 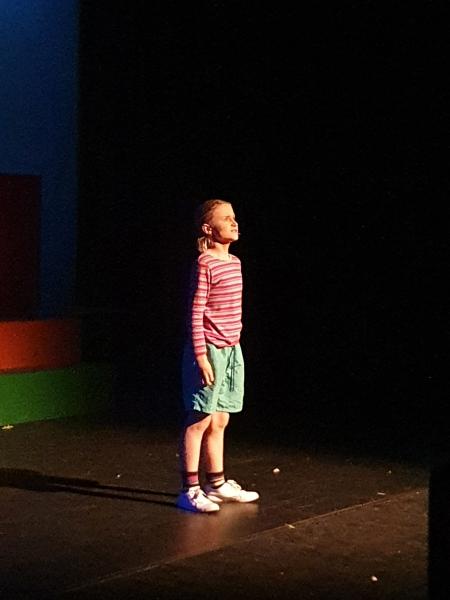 Melbournite Rai Costin makes a successful Western Australian debut in the high energy role of the Cat in the Hat. In another large role we have Krispin Maesalu as Horton the Elephant, in a very moving and likeable performance.

Hunter Young does a great job in his first major role as the free thinking Jojo - a very strongly sung performance. Hunter’s real-life dad plays his on-stage dad as the Mayor of Whoville in a lovely, colourful performance, nicely paired with Tara Talbot, as Mrs Mayor, in what appears to be another first local appearance. Shannon Rogers brings a swag of sass to sexy Mayzie LaBird, with Imogen Rabbitte a gorgeous contrast as sweet and awkward Gertrude McFuzz - with both ladies singing beautifully. 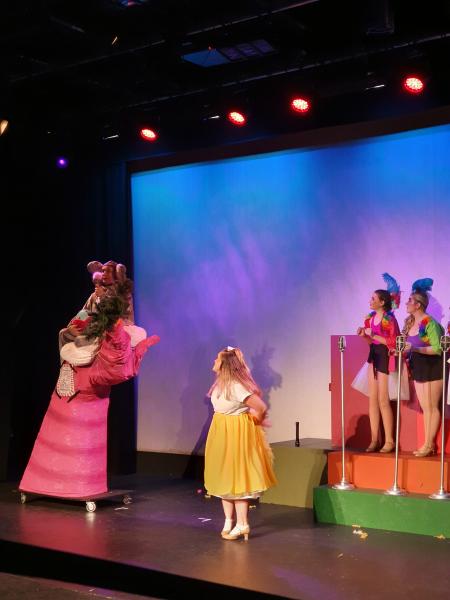 Nicole George stepped into the show and role of the Sour Kangaroo at just a few days notice and very limited rehearsal, to deliver a convincing and polished performance - thanks in part to excellent support from Skye Colcutt, very strong as the Young Kangaroo. The set is simple - allowing the colour of the costumes to shine - with additional colour added by lighting and projections.

I would suggest running out to buy a ticket, but with this production completely sold-out that is not possible. Laughing Horse have an exciting season planned for 2021, so we can look forward to some more fun, family- friendly shows.