She’s Not Performing by Alison Mann. 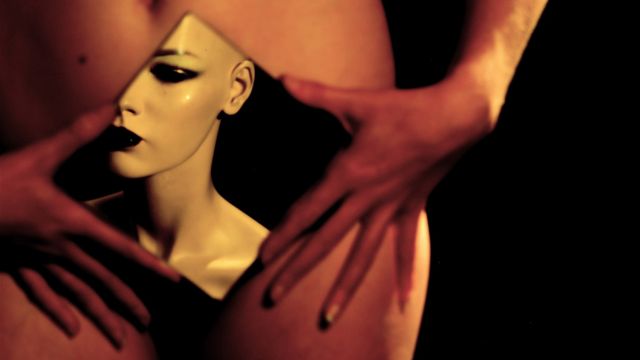 There’s an important new voice in Australian Theatre – and it is the voice of young playwright Alison Mann, whose first full-length play She’s Not Performing is an absolute ripper. ‘Issue-based’ theatre always has the potential to be sabotaged by its own worthiness, but not in the hands of this adventurous and marvelously talented young playwright and her dramaturg – Melbourne’s Mistress of psychosexual invention and efficiency, Maude Davey. Stripped away is all the sometimes attendant cloying and wearying victim association, and what we are left with is a script of immense perception, totally lacking in sentimentality and one that not only does complete justice to the stories of the birth mothers of adopted children whom have shared their intimate secrets with Ms Mann – but entirely alters the hackneyed old clichés associated with our condescending and entirely ignorant perceptions of their act of often supreme personal sacrifice.

If Tanya Beer is not one of Melbourne’s hottest and most inventive designers, (beautifully illuminated by Darren Kowacki and Lisa Mibus’s captivating lighting design) then I have no idea who is. Ms Beer’s eventual loss to the mainstages of not only this country, but I predict others, will be a great loss to Melbourne’s independent theatre scene. Her signature and singular abilities to substantially alter our perception of spatial relationships within the theatre space is without peer on the independent scene, and her design for this play (like her visionary work for Platform Youth Theatre Company’s One is Warm …) is unerringly brilliant, responsible, evolved and in complete service to the text. Her catwalk structure for She’s Not Performing is possibly representative of the finest use of La Mama’s demanding little space I have ever seen – and to walk into the theatre and suddenly find it not only unrecognisable but appearing to be about twice as big, is no mean feat. Ms Beer never forgets the ceiling and all the wonderful creative possibilities that exist between it and the floor. And like that wonderful piece of advice a seasoned traveler gave me before I left for my first trip to Europe – “Don’t forget to look up” – this is completely involving design for theatre.

Kelly Somes’s direction, it might be argued, could not have failed, but Ms Somes’s wonderfully inventive use of the space and the skillfully guided and riveting rawness of the honesty of the performances she has harvested here mark her as a director to watch. Yes, there are a good too many comings and goings and, as usual, it’s impossible to determine exactly how much of the extraneous fizz was the result of opening night nerves – but there’s nothing to be nervous about, because the piece moves with undeniable force of honesty, skill, understanding and a profound need to be seen and heard.

Andrea Close as ‘Margarite’ gives one of the best performances of the year as the woman who gave away her child. Fearless, shameless and utterly committed to the enormous task at hand (Margarite is only offstage for a costume change), Ms Close’s performance is a must-see. It would be a mistake to discuss it in too much detail here, because the range of emotions you will feel watching Ms Close bring the complex Margarite to life should unfurl for you in the same startling, profound and hypnotic manner in which they unfurled for me. Her precise stillness, her charming and child-like optimism and abandon and her immense sadness and regret, eventually compound into a grand scene between her and ‘Hamish’, the father of her only child – played by Christopher Bunworth. Interestingly, the weakest character is young ‘Iain’, Margarite’s earnest and erstwhile suitor, played by Mike McEvoy. Whether Mr McEvoy was determined to play the subtext or whether the character really does appear on the page as a bit of a ‘wet-nappy’, is impossible to tell. It was only these scenes that revealed a hint of Ms Mann’s lack of experience and, perhaps, dominant vision that her play would be about the stories of the women, almost at the expense of the emotional needs of the men in their lives and in her play. It was fascinating that the women were beyond ‘victim’ but both the male characters were still very much anchored in their woe and pouty, disempowered misfortune. It is the same gender deficiency that spoiled Jane Campion’s The Piano for me, and quite possibly, Mr Bunworth and Mr McEvoy might need to actually be less-intimidated by Ms Close’s Margarite and more responsible for their place in her life as truths awaken in all of their hideous beauty.

Rachel Purchase is superb as ‘Annie’, and the joy of watching her scenes with Ms Close are as memorable as it gets. Again, it would be remiss of me to say too much about Ms Purchase’s challenges throughout the evening – but she rises to meet them all with star power, divine physical literacy and a genuine and affecting naivety.

I cannot recommend this short season highly enough. Rug up, and go. You’ll be sorry you missed it.