She Came. She Crooned. She Conquered. 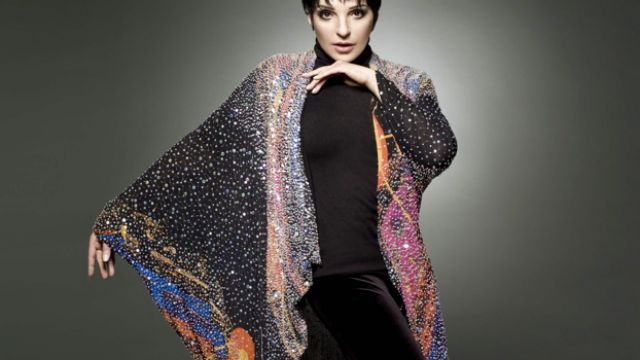 I went there with reservations – because of some of the press Liza has had recently in being a little weak and not as strong as she could be.
The anticipation grew during  my five hour journey to get to those front row seats in the Sydney Opera House.
I was delighted that she came across as full of emotion, and gave a great physical performance.
She used the full width of the stage, putting her arms and legs into action.
Liza even joked about her age. She said those who have seen me before know that I sit down in the second act, I now sit down in the first act because I am an older woman.
She did a wonderful rendition of I am My Own Best Friend from Chicago … which brought the house down.
The audience also appreciated What Makes a Man a Man – a gay Anthem – why does anyone have a right to make a judgement on anyone else.
She did a tribute to her mother called At the Palace, featuring the song Mammy.
Liza ended the first act with Cabaret. It was sensational, just like she always does it. She got a standing ovation after every song, which is remarkable because Australians don’t normally stand up.
To be critical, some of her top notes were missed, but she used show business shtick to cover it all.
The show ended with New York, New York. She did it amazingly and really felt it.
The first encore was just with the piano. In the final encore she took off her eye lashes and sang without accompaniment.
It was totally different. I would of liked to have the left theatre with New York, New York … a real high, but this gave a more personal view of herself.
The final song was by her former husband Peter Allen – All the Lives of Me.
As she left the stage she cried out – thanks Peter.
Overall I found Liza is great at meaning every word in every song. It gave the show great depth and feeling.
My trip from Port Macquarie was well worth it.
Peter Dransfield

Stage Whispers was at Liza's media conference at the Sydney Opera House.

Her Australian show will be a combination of her recent Tony Award winning Broadway performance, Liza's at the Palace, and as Liza put it, "just everything that all of my friends here like me to sing."

We asked: You’ve sung so many of the great standards, is there some sort of X Factor, some quality, that makes those great songs great?

“I always look for the story, and the wording. The way it expresses itself, and the way that goes together with the music. There’s a song in this show I’m bringing you – the second song – that was written by Billy Stritch and Johnny Rogers - and I heard four bars and thought, I want to sing this. It was just how the melody went, and what the words were saying, and it sounded like somebody talking to somebody. You know, not like just singing out into space in a spotlight, but no, I’m talking to people.”

Asked if she still had anything to prove, Liza replied:

“Everything! I’d like to do everything again, and better. People all over the world have never seen me. So, what I have to prove is that it’s worth the price of admission. The audience is part of my show – they’re my friends – we’re in a room together.”

Liza's parting words, when asked her advice for young performers, were, “Believe in what you’re doing, and do it like you believe in it.”