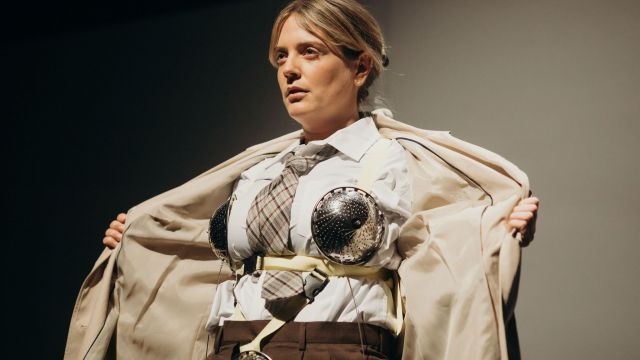 She is Vigilante is a collection of five fiery short plays by new and emerging female writers, developed and performed by a community–based ensemble of predominately untrained female performers, directed by Bridget Balodis and Krystalla Pearce.

Robot Coupe by Maja Amanita is a satirical series of mock adverts for domestic appliances used by women in self-defense. A clever and witty collection of vignettes, it addresses the dumbing down of women who watch morning television and are susceptible to being seduced by ludicrous and meaningless gadgetry.

Papillon741929butterflyeemoji by Roshelle Fong tackles augmented reality and futuristic concepts involving avatars, virtual reality, refugees and political prisoners. This is an interesting idea that is executed with conviction and determination by the small team of performers.

Vigil/ant/e by Ivana Brehas and Krystalla Pearce is a threading of three stories exploring rape culture, misogyny and female anger. It delves into the recent “real-life” murders of innocent females living in Melbourne who lost their lives while returning home, after a night out. The vigil takes place at the scene of the generic murder, with talk of vigilant behavior that will keep women safe from male aggressors, while female vigilante will take matters in their own hands and fight against toxic masculinity. It is a powerful and gut-wrenching performance by the entire ensemble. 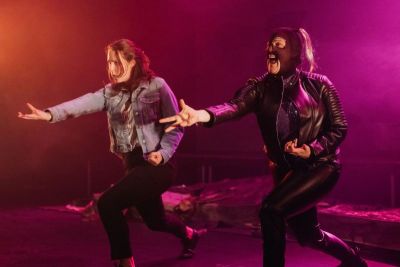 Athena. Huntress of Men by Lauren Anderson and Meegan May explores female safety on public transport and how attackers sometimes take on an innocent persona. While the crotch-kicking masked female guardian saves the day, this is    a vivid reminder that women need to be always prepared against male predators.

You May Not Rest Now. There Are Monsters Nearby by Chanella Hosanna Faaalu Faapio Macri is a confronting exploration of truth and no justice. False accusations, abductions and an innocent colored woman set up to take the hard blows explores colonization and class divisions.