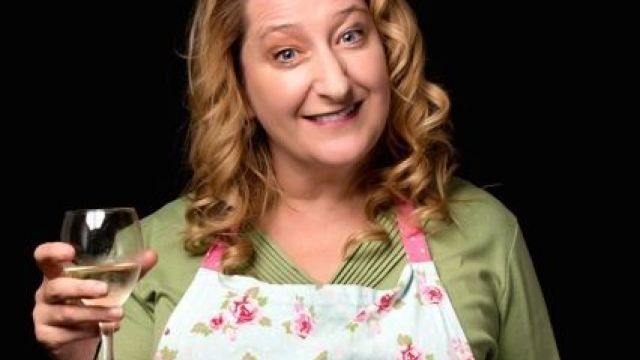 I saw Laughing Horse's production of Shirley Valentine at a Father's Day performance, although there was less than a handful of men in this rather full audience, with this rather chatty matinee crowd being overwhelmingly female.

Diana Oliver did justice to the heroine of Willy Russell's one-woman show. A very likeable performer, Diana was believable as the middle-aged, frumpy Liverpudlian housewife who undergoes an amazing personal transformation and learns to love herself. This actress had the audience behind her every word, with the murmurs of assent clear proof of the audience's absorption. While not always fluid of delivery, she clearly inhabited the character, maintained the accent beautifully and we felt confident of her ability to carry a full length monologue performance. There was a lovely sense of character journey. 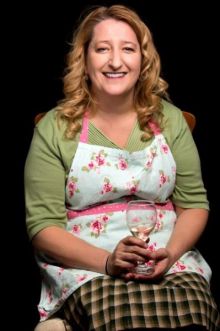 Adam Salathial's direction appeared supportive, with set design having good attention to detail and Alex Coutts-Smith's lighting simple and subtle but appropriate. Sound design, particularly the musical introductions (Adam Salathial and Diana Oliver) were a lot less subtle, but were nicely chosen and gave a clear and quirky sense of mood and place.

Shirley Valentine was clearly a popular choice with the audience and this pleasant, capable production provides a pleasant and entertaining diversion.

Voice over supplied by Jon Lambert