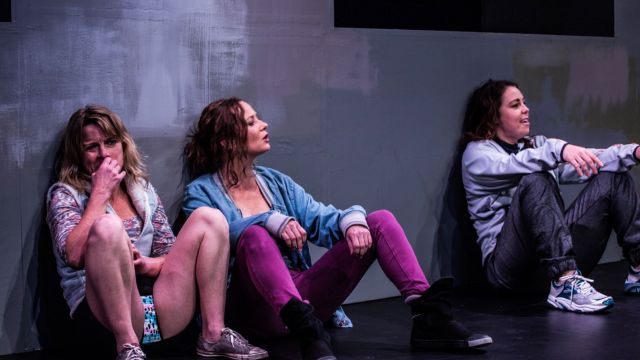 Shitis confrontational theatre: it’s aggressive, foul-mouthed, angry and challenging.  It’s also heart-breaking and poignant.  There are three women on stage – Billie, Bobbie and Sam.  The kind of women genteel people avoid in the street or on public transport: high volume, obscene, kind of messy and spoiling for a fight.  The kind of women who are ‘pretty awful’, says the program note from Ms Cornelius and Ms Dee, but they add, ‘They’ve got good reason to be.’

The assault on the audience begins the moment the lights come up.  Billie, the smallest, angriest and loudest of the three, launches a tirade at some unseen male.  Who does he f**king think he f**king is, f**king calling her f**king useless? What the f**k has he ever f**king done?’  Or words to that effect.  At the end, she’s like a boxer coming out of the ring – and half the women in the audience applaud.  It’s not just for the take-no-prisoners performance; it’s recognition of the content.  It’s the houso, underclass version of Gillard’s misogyny speech.  But it is also performance and is assessed as such by her companions.  Too much obscenity?  Too many f**ks?  What about a c**t or two?  Even when any one of the women appears to make a direct address to the audience, interaction among the three is never forgotten. 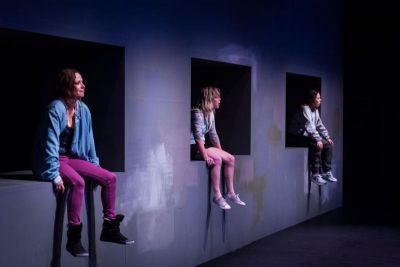 The three women (Nicci Wilks, Peta Brady and Sarah Ward) are in an undefined space: there’s a high blank wall with three cavities, big enough to sit in, lie in or from which to keep watch.  Only gradually do we realise they may be hiding out, waiting for the consequence of something bad they’ve done, something they know went too far – even for them.

As far as plot goes, that’s about it, but it doesn’t matter – such is the sustained energy and emotion of these three focussed performers, the precision of Susie Dee’s brilliant direction and the ebb and flow of sympathy we feel for clearly delineated characters.  Billie is the firebrand tough nut, taking no sh*t from anyone; Bobbie is the rational but – as it turns out – self-loathing realist; and Sam is wistful and muddled, with just enough naiveté left to hope for a future.

Patricia Cornelius’ writing is economic, punchy and pointed.  (The show runs almost exactly just one hour.)  Underneath the anger, the vehement denials, the assertions of indifference and the deadening stream of f**ks and c**ts, is an unmistakeable subtext: the scar tissue left by a history of abuse, sexual and physical, insult, pain, betrayal, abandonment and loneliness.  Bicker and insult each other as they might, all these women have is each other. 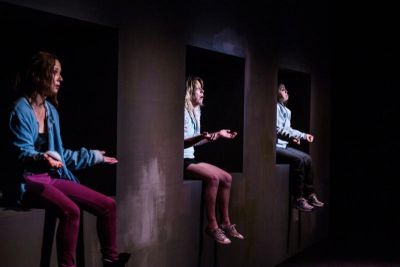 This is not easy theatre.  It’s visceral and it’s a portrait of and a plea for these disregarded, written off, sub-bogan women who, of course, have histories that have beaten them into the shape Cornelius and Dee present to us with so much insight, but without apology.

[Footnote: The MTC’s Neon program is a great idea.  It enables us to see original, sometimes risky work we might otherwise miss and see it at a central location, in a properly resourced theatre and at a reasonable price ($25 a show or $100 for five.)  Managements note the last: the audience is over half under 30s.]