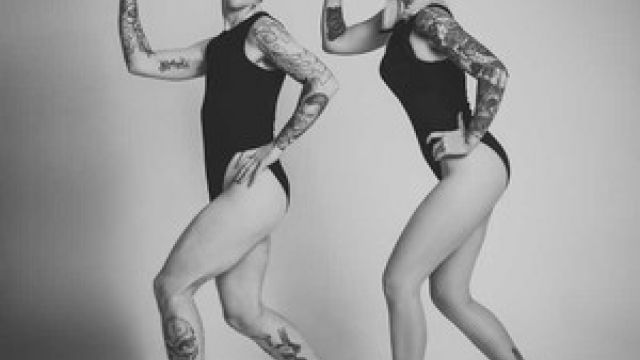 One thing I learned about this fast-paced, 60-minute, highly interactive show is not to put your hand up and answer questions. Such is the nature of late night comedy on the topic of relationships, mating and the depressing facts of divorce. Whatever you do, do not offer advice on the secrets of a long relationship, or you become part of this zany show.

This is a show in two parts with two very different styles. Simone Springer is a Perth Comedian who is also an author and resident ABC Morning Show comedian in Perth. Her patter is witty and confident, if a little forced when she was faced with a much smaller audience than she is used to ‘working’. She's also part of sell-out shows with The Motherhood comedy ensemble so quick retorts and an engaging style come easily to her. I could not, however, ignore the feeling that it is harder for women to ‘plant’ very adult-type language without it seeming to be gratuitous.

Tinder is introduced as part of the singledom mating strategy, and on opening night, one hapless young man admitted to having his profile on it. Tinder was described as being like a public toilet. You have to be desperate to be there. Note to self: do not admit to that unless you want to be on stage, and somewhat pilloried.

Jon Pinder is garrulous and award winning because of it. Shortage of numbers meant that he supported Springer in an onstage dating game. He joined her, beer in hand, and that remained throughout the performance. Another note to self: a few drinks beforehand may help build one’s mood for this mating game.

Pinder, who describes himself as looking like a refugee from an Oasis revival band, shows the most genius when he takes on the Aussie accent of people, birds, and animals alike. His performance felt somewhat improvised, but much of it was very clever and showed excellent timing.

Whilst Pinder and Springer have been put together, due to theme, there is no duality in their performance. They are two clever performers, but rather like two-year-olds in a sand pit, are back to back, but playing their own game.

Single is a show of strong language and adult themes at times, but showcases cleverness and gives the audience a few gentle laughs and smiles. They do need a good-sized audience for this show to really work.