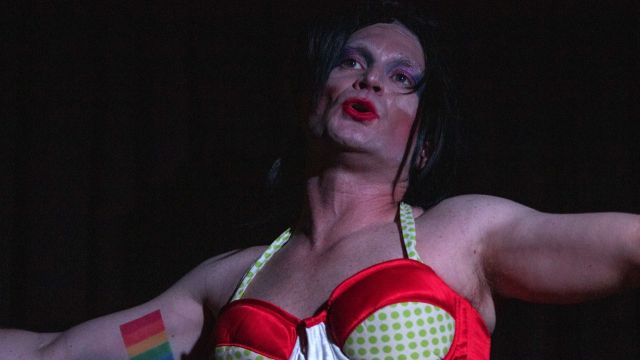 He staggers about on stage with a starving artist story, selling his soul to pay the bills. He glazes over his job at Krispy Kreme more than twice, thrice between skits and costume changes.

I feel Wilson has a lot to offer as an artist but that the show lacked thematic strength and direction. It was almost like watching a young boy play dress ups in grown up costumes, wearing crazy high heels performing in front of family and friends.  His racy attitude is funny, from drag acts to Captain Cook poking fun at colonialized propaganda.

And so he can sing sad songs, lip-synch like a drag queen and dance like rapper.  Wilson is unashamedly brazen and in your face, full of lewd remarks. He could probably be a stand up comedian and probably pirouette like a pretty ballerina. He claims he had an entry ticket to pursue ballet at an exclusive school but was taken ill, bracing himself for a short-lived life; he survived and lives to tell the story on stage as a performance artist.

He has certainly given us a primer coat of paint but the buck stops there.