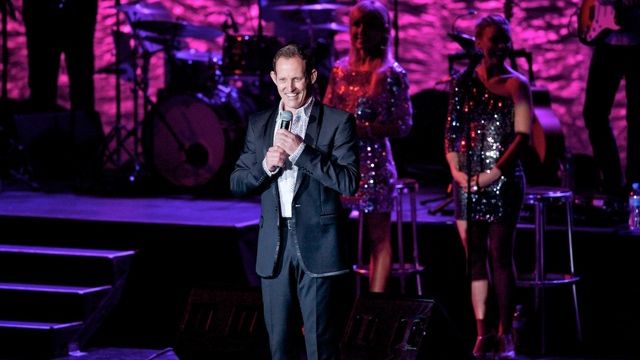 Todd McKenney’s motto is to be yourself as everyone else is taken. It’s the theme for a sparkling concert which allows him to recount his connection to Peter Allen and backstage stories of playing him in The Boy From Oz.

From seeing a Peter Allen concert as a child in Perth, to meeting the great man himself at a BBQ in Bondi, to playing the role in the World Premiere in 1998, the lives of the two men intertwine.

You can just imagine the feeling that the producers of The Boy From Oz – Ben Gannon and Robert Fox – must have felt when he walked into the audition room. Here was someone special, born to play this role.

In this concert, despite a head cold, he powered through the night displaying his triple treat talents singing Peter Allen classics and some other unexpected treats. 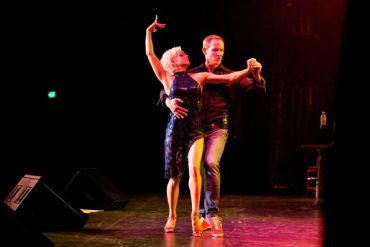 It wasn’t a grand spectacle like a Radio City Music Hall extravaganza. But a classy band on stage, three back up singers, and the appearance of a young Peter Allen gave the flavour of a bigger production.

We learnt a little about the relationship between a performer and the audience. He calls them the 2000 headed monster. Sometimes they can behave badly.

A Todd McKenney tragic appeared to be videoing the show from the front seat so he brought the spotlight onto her.

That was tame compared to other nights. We learnt which musical, he’s known of members of the audience to have had sex in the back row. In other cases little death was replaced with an actual death.

The only dangerous aspect of this night for the audience were two giant beach balls which Todd flung around in the stalls. Perhaps if one had bounced up and wobbled the State Theatre’s chandeliers there may have been cause for trepidation.

This audience was filled with friends and fans of Todd McKenney – determined to enjoy his performance – who came out well satisfied.