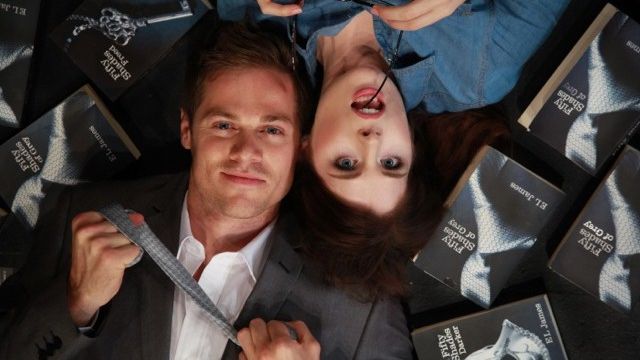 This is ribaldry run riot!

Twelfth Night Theatre has added SPANK to its repertoire of shows about ‘below-the-belt’ topics. It advertises an opening date but no closing date for the run. Judging by last night’s audience reaction it may run for months.

There are mysteries for a reviewer to explore here: no programme, merely an advertising brochure showing the performers’ names? Who wrote the show? Who is the director?

Clearly it sends up the million-seller book with a similar name. My research suggests several people developed it but only one co-writer (who directed the Toronto production) is prepared to speak about it. He assures us that lawyers examined the script closely and cleared it for performance. So what’s the show about? It’s a tongue-in-cheek …no, it’s more tongue-in-groove … that’s not entirely right either …let’s settle for tongue-in-any-orifice satire about sex in all its variations.

Rebecca de Unamuno (a clever vocal gymnast) plays a housewife writer rummaging through her life experiences to write a best seller; she also plays several memorable parts. The focal stallion of the piece, Stephen Mahy, acts, dances, seduces, strips – anything to drive a woman mad. Caitlin Berry is the innocent being indoctrinated into this wild, unfamiliar world. All three sing well in the raunchy parodies of popular songs.

SPANK is rough and vulgar theatre, best enjoyed in a group or with a partner. It laughs at us in our most vulnerable moments. Go prepared!