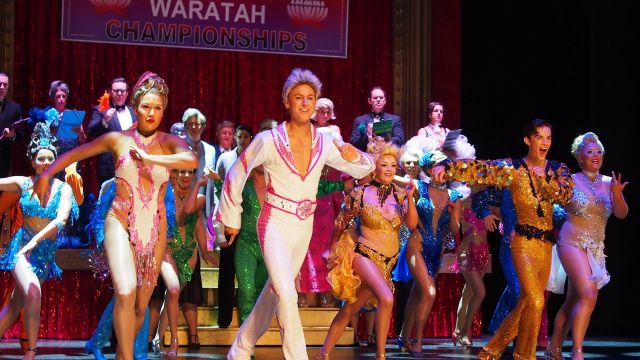 Tasmanian Theatre patrons have been known to travel to the mainland to feed their passion. Some have travelled overseas to see a first-rate professional show. This patron merely drove 150 minutes to be treated to an outstanding production boasting high production values and outstanding talent.

Strictly Ballroom is a familiar story, as much a part of the Australian ethos as The Dish or The Castle, entering the Australian canon in the form of the 1992 Baz Luhrmann film. The stage musical has been augmented by numerous new numbers by various composers. The big numbers are all one could hope for but the new numbers bring a satisfying depth to the characterisations. Fran’s epiphany “Now I realise” (Foster, Mozella, Herms), “Life is a leap of faith” (Sia Furler) and “You can’t have everything” (Eddie Perfect et al) provide an emotional counterpoint to the glamour and camp which was the 80’s world of ballroom. 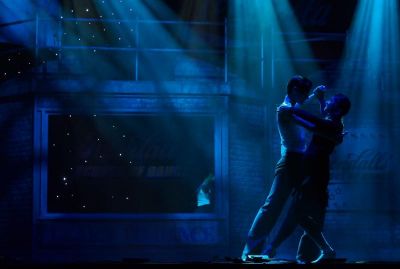 The show looks brilliant. Costumes and sets were provided by C.L.O.C. Melbourne. Eighteen dressers were required to wrangle the seemingly innumerable wigs and gowns. That’s a ratio of one dresser for every two cast members, if you are wondering.

The ensemble were extraordinarily strong dancers, conspicuously Harrison Anderson, Andrew Palmer, Laurel Atkins, Dearbla Gillen and Celeste Quigley. Withington’s choreography so was varied it was difficult to know where to look without the focus provided by the lighting.  Mirror balls in the auditorium created a heightened sense of audience engagement.

The ballroom scenes were stunning, vibrant and exciting, but the real power was evident in the Paso doble scene – Magnifico.  The palmas was extraordinary. The orchestra could not be faulted but the dancing, pared to just rhythm and, ultimately (in the final scene), to silence, exuded a raw power. 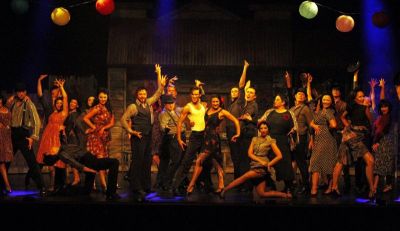 The two leads, so ably supported by every other aspect of the production, were enchanting in their effortless artistry. Both appear to be quite young but with a stage presence which belies their years. Charlotte Page, as Fran, had already achieved a high standard in ballroom dancing before taking on the role but it is not clear where she learned to sing with such artless purity. Tarrant Edwards, with a background in ballet, brings passion to the role of Scott Hastings. His training in the acapella group, The Fellas, has been highly beneficial in forming his assured interpretation.

The only difference between this and any “professional” production of Strictly Ballroom is the fact that the performers will present early the next morning to their day jobs. Encore’s production boasts the highest production values and as good a cast as could be found anywhere. This show just happens to be in Launceston. 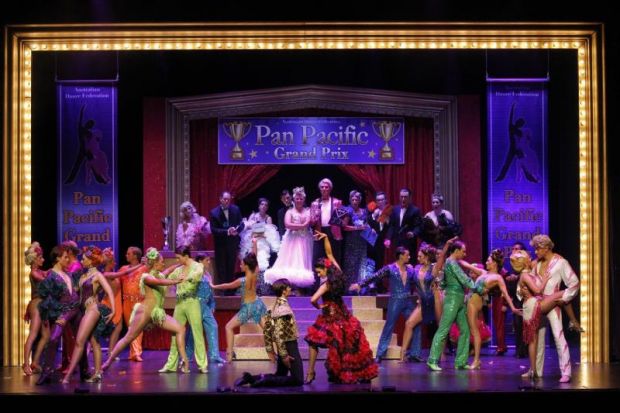