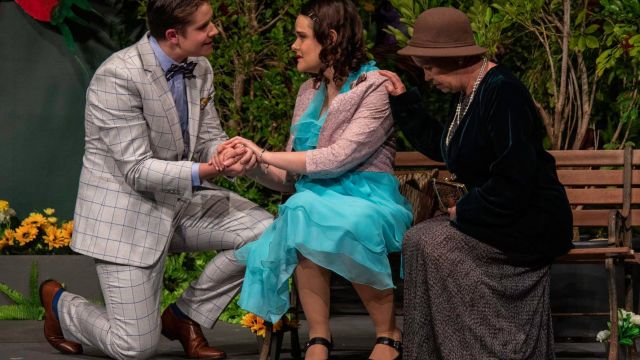 Joint directors Charles Langford and Brendan James have the action take place in a lush garden setting which allowed for very free movement while making the audience concentrate on the spoken word – which was critical.

They cast well.  Jenny Bonney-Millett was the dominating, controlling wealthy matriarch seeking answers to her son’s death. She was the character in so many ways, but though her speech lacked clarity at times. Bianca Butler Reynolds was outstanding as the emotionally troubled cousin who witnessed Sebastian’s death. Her performance was such that we all felt her pain and what her truth revealed of the event and the family.

The cast was completed by Daren King as Doctor Cukrowicz, Elizabeth Scales as Sister Felicity, Marion Jones as Mrs Holly, Lachlan Driscoll as George Holy and Betsy Applehof as Miss Foxhill. They all succeeded in bringing these supportive characters to life – Lachlan Driscoll in particular.

The audience did not come for the laughter - there was none – but all everyone was super attentive and absorbed in this very good production.