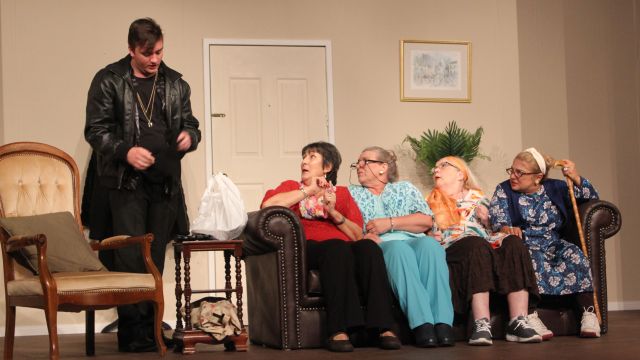 Melville Theatre's Summer Shorts opened to a shortened season, after being delayed Perth’s Covid shutdown. With reduced audience numbers, this sold out before it opened, but this show could easily have earned its capacity houses - a varied and entertaining night out. All three shows are by Western Australian authors.

The Heist, by Shirley Toohey and directed by Michelle Sharp, is set in Muriel’s New York apartment, where a regular Bridge game is being played by four elderly ladies. Into this comfortable little scene bursts a fugitive robber - creating a very interesting situation. Four very talented mature actresses (playing a little older than their real ages) play the ladies, with gorgeous characters created by Marsha Holt, Julie Holmshaw, Kate Nosworthy and Ellie Cutbush - playing some beautiful physical comedy as these ladies move awkwardly around the stage. Chris Northover is very effective as Lenny, a wonderful contrast to the ladies. A cute little show that charms and brings joy. 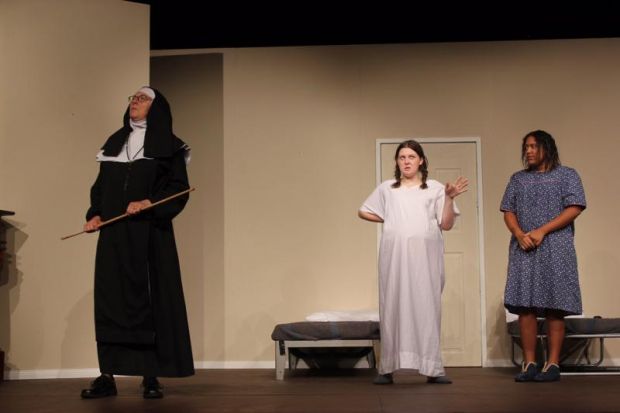 The darkest of the three, and the only one set in Australia, is Yvette Wall’s Little Angels. Directed by Siobhán O’Gara, it takes place at a home for unmarried mothers in 1966. Connie Wetherilt gives a very strong performance as Trish, a loveable and relatable young woman, who knows her own mind - and is very close to giving birth. Her room-mate in the infirmary is Joanie, sensitively and thoughtfully portrayed by Kelcey Baccus, who has recently given birth to a still-born child and is struggling mentally. Sarah Christiner, a likeable and complex young nun, is given depth and conviction by Sarah Christiner, with Jo Sterkenberg bringing an air of danger to the evil Sister Francis. An interesting play with great poignancy. 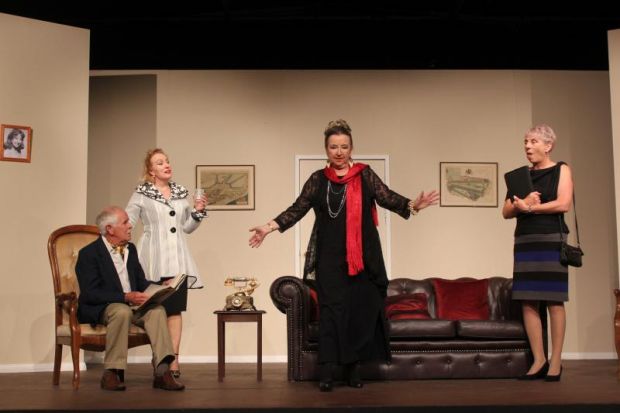 Completing the evening is A Dame Remembers, written and directed by Bob Charteris - possibly his best play to date. Set in the stately home of elderly actress, Dame Cecilia Coleridge, we join her as she attempts to revive her static career with an appearance on the Graham Norton Show. Jenny Wrenn owns the central role, with elegance and self-assurance, Sharon Menzies is believable as Cecilia’s unfortunate agent, Tasha Jane brings credibility to niece Ashley, while Tom Rees gives gentlemanly conviction to former lover Henri Delacroix. Jason Crane completes the cast as “members of Cecilia’s household” in a particularly interesting performance. A well structured play with a lovely twist in the tail.

A well-curated season with something for everyone. Great to see three nicely written and presented local shows in a single evening.