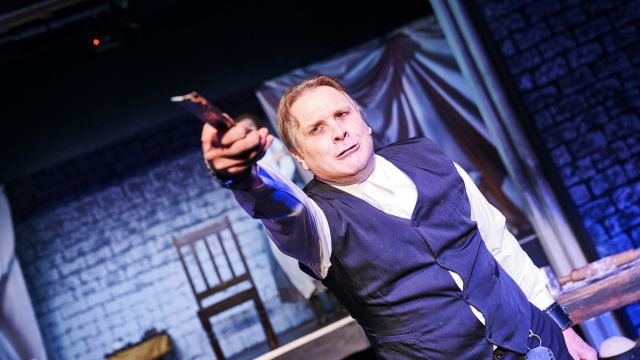 With over 30 musical numbers and comparatively little unsung dialogue, Sweeney Todd might be where musical theatre meets opera as its theme of unusual and often graphic (this aspect was certainly soft-pedalled in this production) violence, born of pent-up revenge, together with a complex, but brilliant, musical score has kept this Tony Award winner on producers’ short lists since 1979.

Of course, the full weight of a Sweeney Todd is invested in the Sweeney. Lionel Theunissen has chosen the insanity forced upon a man through his need for vengeance to shape his character. There are few grades of crazy for him. He starts insane and ends insane. But his voice carries the power in Sondheim’s music and the single-mindedness of someone for whom rage is the best example of control. It is a dynamic set of choices fully realized in everything he does. It does make you wonder, though, about Mrs. Lovett and her unavoidable attraction to the man. 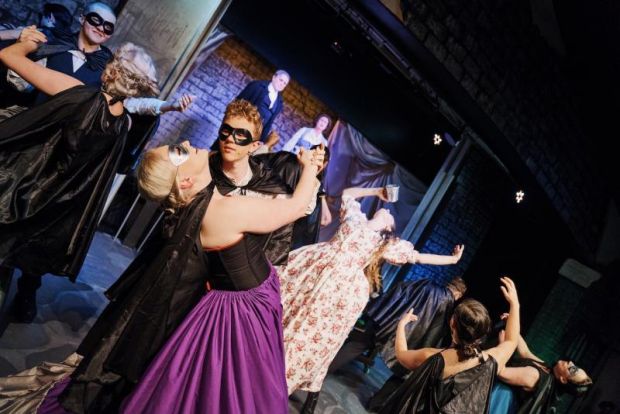 Played by Meg Kiddle, Mrs. Lovett is clearly his equal. Having inherited her meat pie business from her diffident husband, she sees in the dynamically centred Sweeney the right man for her. Kiddle is truly at her best here, especially in the song “By the Sea”, which is a triumph of humour in absentia when she exposes her childhood dream to the maniac she adores. She has brilliant moments throughout the show, confirming that there are other ways to present Lovett, as Kiddle clearly displays in this production.

Beggar Woman (Sophia Dimpoulos) was creepily engaging in every scene. The physicality was spot-on and added depths to the character. It is sometimes difficult for people to sing “in character” when the character is unhinged, but Dimpoulos rises to the occasion, making the Beggar Woman’s character arc even more shocking. 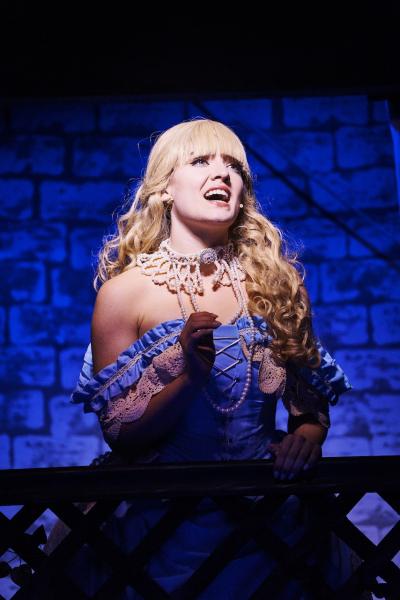 Anthony Hope (Daniel Lelic) and Johanna (Ebony Banks) pair well as the two lovers of the musical. Banks’ voice is bright and clear: perfect for her song “Green Finch and Linnet Bird”. Lelic has a winning smile and, particularly when paired with McLean, oozes sincerity.

Adolfo Pirelli (Joshua Moore) is a real treat as a swindling charlatan – perfect casting at its finest. Hudson Bertram (who plays Tobias Ragg) does a very entertaining job of playing up the ridiculousness of the grift in “Pirelli’s Miracle Elixir” and “Pirelli’s Entrance,” respectively. 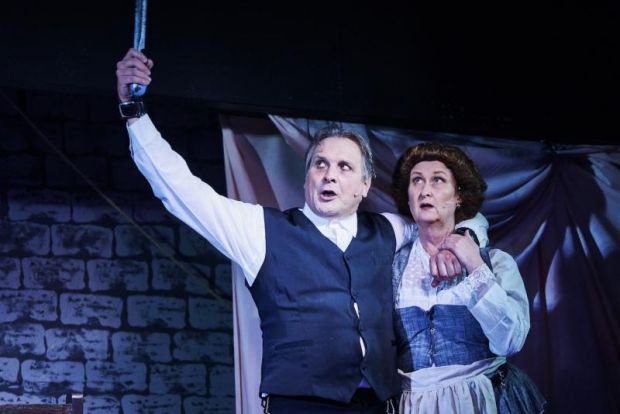 As the antagonists in a play of villains, Judge Turpin (Alex Dundas Taylor) and The Beadle (Puawai Herewini) embrace the darkness of their characters completely. Judge Turpin is a character often played at one level, but Taylor’s multi-faceted performance is easily one of the best of the night. Herwini’s Beadle is dark and gruesome at the same time. It is easy to see Beadle as buffoonish, but his nuanced performance truly heightens the character.

A live band, in a small space, with a Sondheim score is no easy feat but Musical Director Nicky Griffith thrives. The band were essential to the overall feeling of the production, with the loud brassy notes vibrating through the seats of the Phoenix Theatre. It’s a true testament to the band to not only do Sondheim’s music justice but to support the performers through some incredibly complex pieces! 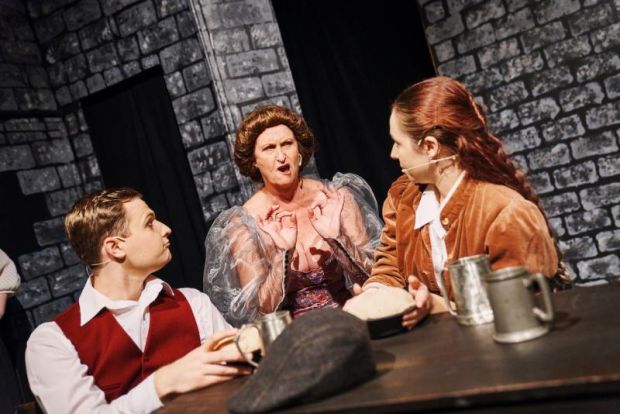 The balance of the cast gives rich, nuanced performances in roles that are all too easy to default to stock. Indeed, a signature of this “Sweeney” is that nothing is lazy and all of it is effortless. That may be a necessary function of the close quarters, but it, nevertheless, is admirable.

Director Shane Webb not only invites us to leave our preconceptions of “Sweeney” at the door, but delivers an evening that feels exciting, fresh and gruesome at the same time.