Tales of An Urban Indian 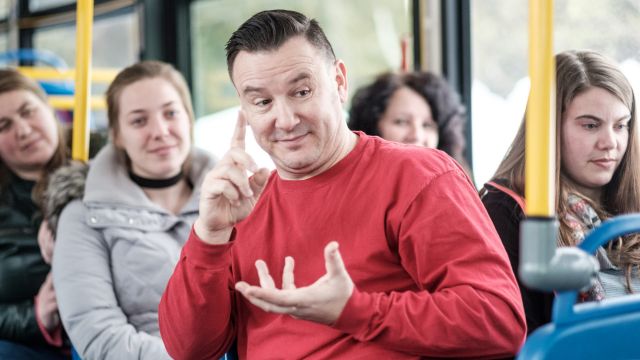 Tales of An Urban Indian is part of the Yirramboi – Tomorrow Festival running from May 2-12 around Melbourne, celebrating two thousand generations of continuous culture and practice. The Talk is Free Theatre production from Canada is celebrating milestone shows and in Australia for the first time, begin their tour in Melbourne for the biennial First People’s Festival.

It is so refreshing to hear First Nation stories that are as far reaching as Canada and of people and tribes that are not familiar to me. The Anishnabe people are what we would colloquially know as Red Indians (a token white person label that bunches native North Americans into one massive massacred tribe), but they are one of many groups of culturally related indigenous people that hail from North America.

So it goes - Tales of An Urban Indian is more than a one-off novelty satirical comedy show on a ‘theatre bus’, en route to nowhere, haphazardly driving through the inner city; the audience, bemused and uncertain, strap themselves in for a mesmerizing one act performance by Simon Douglas (played by Craig Lauzon), written by Darrell Dennis. It tells a spirited and sad tale of ostracization and conformity, combined with woeful family tales of loss and love.

Lauzon/Douglas is a natural born story–teller who boots you into a fast-paced reality check about life on an Indian reserve and his downtrodden days on the seedy drug infused streets of Vancouver. They are sometimes hilarious and sometimes sad stories of uncertainty, poor versus rich, native versus white, broken marriages, best friend suicides, animal spirits and the warning signs of the coyote howl.

This is a defiant in-your-face theatre experience that will make you laugh and cry!