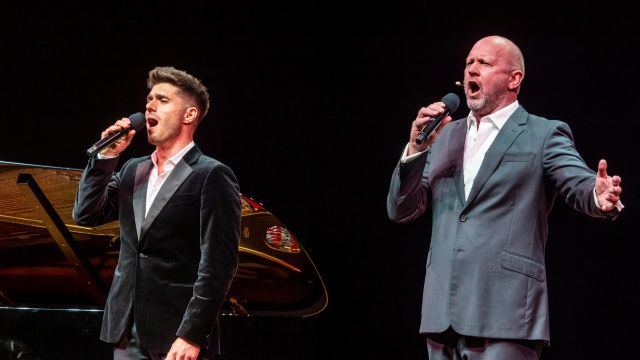 Teddy Tahu Rhodes is everybody’s favorite bass-baritone, and Josh Piterman, the new kid on the block, has been slowly worming his way into our affection for some time. Any tenor worth their salt has done a stint in The Ten Tenors, and Piterman has done his, plus in the last 15 years he’s played Tony in West Side Story, Bustopher Jones in Cats, Gerry Goffin in Beautiful, Corny Collins in the UK tour of Hairspray, and  also starred in the West End in the title role of The Phantom of the Opera, so his ringing tenor-tones are unquestioned.

Together these titans of voice filled the Concert Hall with glorious sound and thunderous applause in a program of opera, G&S and musical theatre favorites. The duets were the outstanding items on the running sheet - a strikingly powerful ‘Lily’s Eyes’ from The Secret Garden, and the famous, ‘Au fond du temple saint’ from Bizet’s The Pearl Fishers. Both made the hairs stand up on the back of your neck. 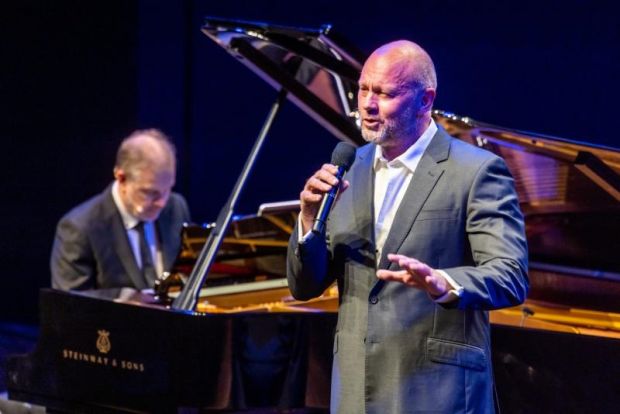 Guy Noble, a witty QSO Sunday Morning host, who brilliantly caressed the ivories all night, knows his way around G&S and gave us HMS Pinafore’s ‘When I was a Lad’, amusingly updated with local references to the upcoming election and other hot-button issues, followed by Rhodes, who grandly stepped into Pirates of Penzance’s ‘I Am a Pirate King’. 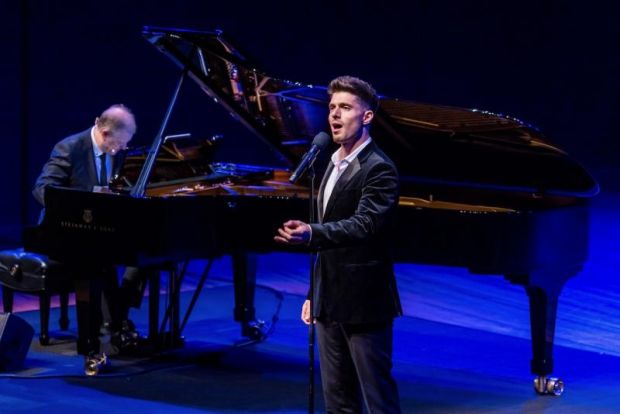 Piterman’s Love Theme from Cinema Paradiso ‘Se’ was beautifully nuanced, as was his languid ‘So In Love’ from Cole Porter’s Kiss Me, Kate. Rhodes had fun with Fiddler’s ‘If I Were a Rich Man’ and they closed the concert with a stirring ‘You’ll Never Walk Alone’ from Carousel.

There were three encores; Piterman raised the roof (and the hairs on the back of our necks again) with, Turandot’s ‘Nessun Dorma,’ while Rhodes following with a tender and wistful Maori traditional song that formerly used to close NZ TV in the early days. Their final duet, and the concert’s finale, was the tenor standard that was first introduced in The Quest for Camelot in 1998, Carole Bayer Sager and David Foster’s ‘The Prayer.’ 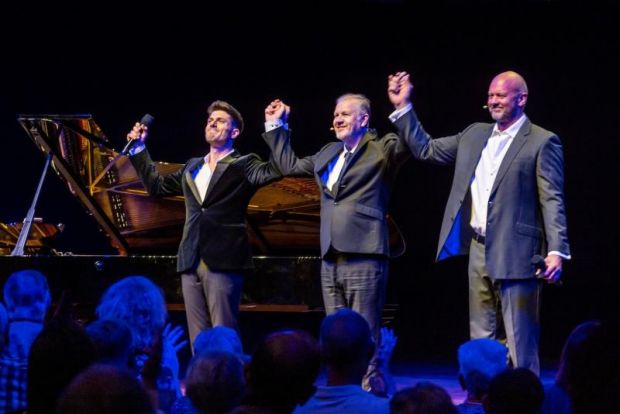 The voices were superb, the songs were a joy, and the banter was warm and heartfelt. The concert is booked to play many regional dates in the coming months. Don’t miss them!