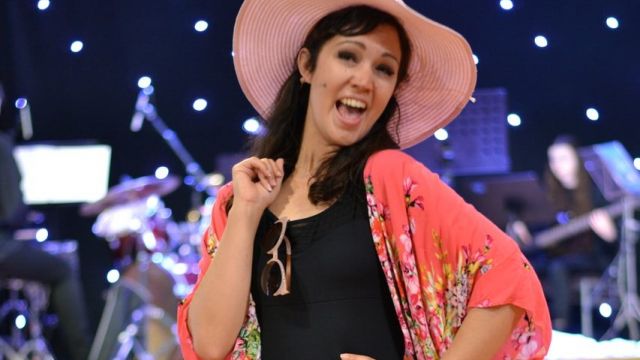 Tell Me on a Sunday is one of Andrew Lloyd Webber’s less regularly performed shows, meaning when it is done – it is done well. Featuring the incredible talent of Lauren Lee Innis-Youren, this show takes you on a cycle of romantic misadventures from an English woman trying to find the love of her life in New York. Intertwined with wit, love and the evolution of a strong woman – this performance has been lifted above what you would expect from an independent production and taken into the realm of semi-professional theatre.

Funded by theatre veteran Colin Foot, this production is the beginning of bigger things to come.

Lauren is the perfect performer to create this one-woman story – everything from her adoption of each vocal style in the show to the perfect portrayal of every emotion we have all felt, it's just theatre perfection. Then, you throw in the musical direction of young Faron Swingle and his musicians and you have a little slice of heaven for the night. Featuring a cleverly designed set, crafted to enhance the performance in subtle yet effective and beautiful ways - like the beautiful staircase as a focal centrepiece, it is a show that could easily run a sold-out season.

The second act features an ensemble of theatre performers across Brisbane who re-create a number of popular West End songs. With beautiful costumes, well-suited songs to match the vibe & flow of the show - everything about it made it a great showcase for what Brisbane has to offer on the Musical Theatre scene. With the talents of Will Boyd, Travis Holmes, David Harrison, Jermia Turner, Row Lea Blackshaw and Sophie Dimopolous - this is one performance you won't want to miss.