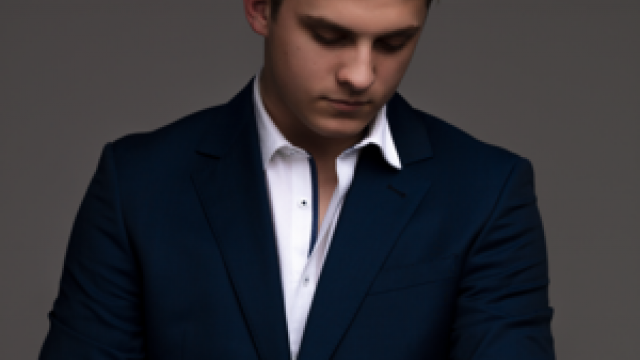 Jack Raft is a young crooner going places. At only 17, and looking the part, singing and presenting the songs of the legendary Rat Pack, Frank Sinatra, Sammy Davis Jr and Dean Martin, he has the style, confidence and presence of a man who has tasted life and experienced love and disappointment.

Adopting a Las Vegas lounge persona, he understands jazz and croons with a style of his own sprinkled with a dose of ‘crooning great’, Michael Buble. Mounting a 50-minute one-man show is an impressive achievement, though it must be said that his seven man jazz orchestra is excellent; working in simpatico with his every move, showcasing him, as well as performing in their own right as skilled musicians.

From the moment he comes onto the stage with his first of 13 songs, “Come Fly with Me”, Raft demonstrates impressive vocals for someone of his age, and presents himself confidently, exuding an exceptional passion for the songs of the 1950’s and 60’s. He is particularly committed to being true to the style of the artists, explaining that his rendition of Sammy Davis Jr’s “I’ve Got To Be Me” is a tribute rather than a reproduction of style. That's Life - Songs of the Rat Pack gives the audience the most famous of their songs, including “In The Wee Small Hours of the Morning” where Raft encourages the orchestra to shine with their own solo pieces.

Raft is a humble performer; his patter is sparse, focusing on the music. He did make this baby boomer smile when he commented that he was pleasantly surprised that people would come to see ‘a bunch of young guys playing old people’s music!’ But come they did, in numbers that necessitated bringing in more than 20 extra chairs, making the Ayres House ballroom fully packed.

The audience loved every song, and forgave the imbalance between the orchestra and artist’s sound that is probably caused by the shape and nature of the venue.

According to sources close to the artist, Raft battled a heavy cold this week, which was not evident in his well-paced performance. Both his top notes and lower range were ‘spot on’ and his only limitation was in the loss of audibility of the first line or two in songs where his band takes a strong lead.

The finale was, of course, “That’s Life”, and if Raft’s Fringe season is any indication, this is a young performer whose life is worth watching, hopefully on the international scene.