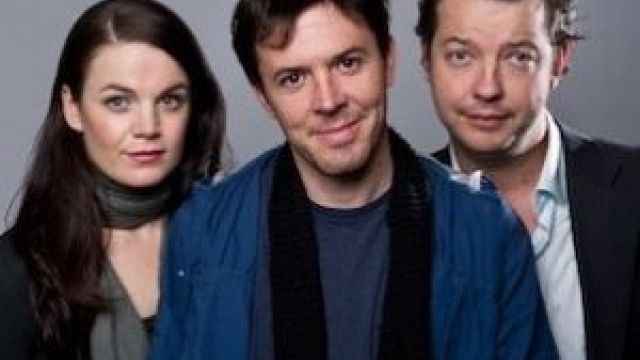 The title refers to the clock ticking away inside his head as a composer / lyricist approaches his 30th birthday, representing the ever-present insecurities as his creative goal of writing a Broadway musical remains a distant dream. It’s touchingly prophetic considering the talented composer / lyricist’s sudden death, at the age of 35, on the eve of the opening of his big hit.

Performed as a solo piece by Larson during his lifetime, the three-hander version in this current production is a reworking, after his death, by playwright David Auburn (uncredited in the program). The modest little musical plays a bit like a personal journal in musical theatre form, with a mix of good songs which hark forward to Rent, along with a few pretty average offerings.

As a musical theatre fan, and a collector of musical theatre experiences, I enjoyed gaining a few small insights into the composer / lyricist’s formative work. I do wonder how much of the piece is Larson, and how much is re-write.

The brief Sydney season of the piece, which ends this Saturday, is well served by a strong cast and a clean, simple production.

Tyran Parke, on stage virtually throughout the show’s unbroken 90-minutes as the Jonathan Larson character, is a warm and engagingly neurotic. He also provides the show’s solid vocal anchor. He’s well supported by Melle Stewart, as the composer’s girlfriend and all the other female roles, and Justin Smith, as Jon’s best friend and a selection of other characters.

Early on during the opening night performance, the balance between the on-stage rock band and the performers needed adjustment, but pleasingly those issues seemed to be resolved as the performance proceeded.

Lots of musical theatre in-jokes and references are fun for the aficionados.