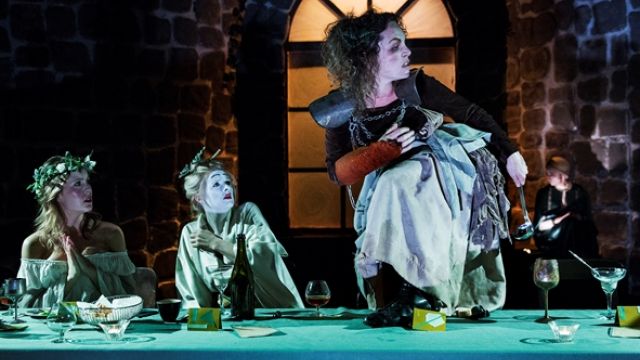 And they are! Alice Livingstone has assembled a ‘top’ cast of feisty females to take a New look at this once controversial – and, unfortunately, still very relevant – play by British playwright Caryl Churchill.

First produced in 1982 (think Thatcher’s Britain, a female Prime Minister, reforms, recession, strikes), the play focuses on issues that we have seen starkly re-awakened over the past three years: misogyny, feminism, women in executive positions while others still struggling for work and recognition. Top Girls stacks up just as relevantly and as effectively today as it did in 1982, especially in the here and now of Australia’s political history. What a time for the New Theatre to program it!

In typical Churchill fashion, the play looks back to look forward! In the first Act, newly appointed Managing Director, Marlene, hosts a dinner to celebrate her promotion, but her five guests are heroines of times past. One is Patient Griselda whose awful tale of forced obedience is told by Chaucer. Another is Pope Joan, an Englishwoman, who, disguised as a man, is thought to have been Pope in 854AD. 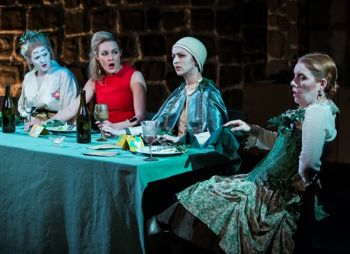 There is Dull Gret, of the Brueghel painting, who led a crowd of women to charge through hell; Lady Nijo who was a Japanese Emperor’s courtesan; and Isabella Bird, a Yorkshire woman who travelled the world in the late 1800s.

Through them, Churchill raises issues of mistreatment, abuse, thwarted ambition, loss of children.

In the second and third acts, Churchill returns to the present – her sister’s country home and her office at the Top Girls Employment Agency. Here we meet working women aspiring for better jobs, her sister Joyce struggling as a single parent, and her niece Angie – characters that are just as poignant and strangely similar to those in the first act.

Theirs are heady stories, which are told in the skillfully constructed dialogue that is at the heart of all Churchill’s work. Her careful research and her ability to write in accents that recreate the characters and the period in which they are set, are the bases of Churchill’s success – along with her ability to make a point with humour and balance. 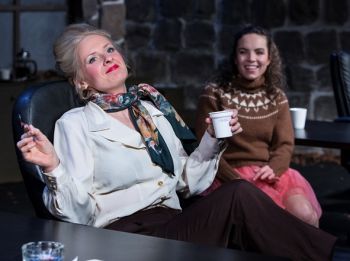 But her dialogue is not easy! Making it work requires good actors with fine voices, good timing, excellent control, the ability to play multiple characters and accents – and boundless energy. It also needs a very intuitive and experienced director who understands the nuances and demands of Churchill’s work.

Director Alice Livingstone has that experience and understanding – and she and her very talented cast bring Churchill’s characters to vivid life. Whether playing the ghosts of women past, or the more down-to-earth women of the 1980s, there is strength and carefully developed belief in the work of each of the actors, resulting in a very tight ensemble performance – so much so that it is hard to differentiate their performances.

The constant character is Marlene. Played by Julia Billington, Marlene is Churchill’s link to past and present. Through her, the playwright shows that, for women, change has been slow – and hard. Billington portrays the strengths and weaknesses in Marlene’s character as she alternatively celebrates, listens, remonstrates … and struggles to sustain her resolve. Her argument with her sister Joyce (Sarah Aubrey) in the final act is strikingly, naturally real. 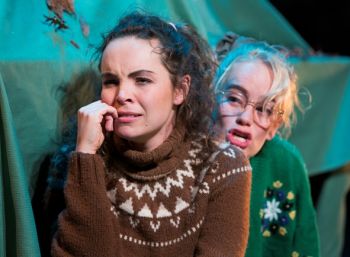 As Joyce, Aubrey carefully underplays the stay-at-home, care-worn deserted wife and mother, almost, but not quite, masking her cynicism and envy. What a startling contrast this is to the character of Pope Joan, which she also portrays! Her beautiful voice, distinct enunciation and carefully controlled facial expressions and movement make this unlikely character very believable. The third character she portrays, Mrs Kidd, the wife of the man who expected to get the position Marlene has won, is small, but brilliantly written and just as skillfully portrayed.

Bishanyia Vincent is equally credible as she creates both the elegant geisha, Lady Nijo, whose studied movements and phrasing, and gentle but compelling command almost dominate the first act – and Marlene’s bored, nonchalant work mate, Win.

Cheryl Ward’s main role is that of the tight-laced Victorian traveller, Isabella Bird. Stoic and determined, she fights to tell her story, waiting, talking over, resigning, and trying again. 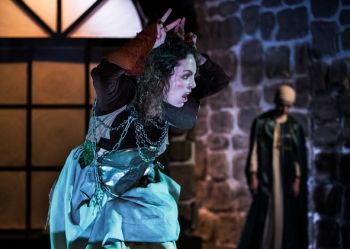 Ainslie McGlynn plays both the peasant Griselda, accepting her lot, not complaining when she is rejected – and the feisty employment agency worker Nell, ambitious and just a bit dissatisfied with her lot.

Claudia Barrie gets to play two very important roles, that of Gret, seemingly dull but roused to action when her children are threatened, and Marlene’s not-very-bright and restlessly unhappy niece, Angie. Barrie uses timing most effectively to find the humour, pathos and latent energy in each character.

Maeve McGregor takes on four supporting roles. As Angie’s young friend Kit she is appealingly youthful and naïve; and in the short role of Shona, an out of work twenty-year-old applying for a job at the agency, she is funnily convincing.

Alice Livingstone has worked her cast hard to achieve this hard-hitting, fast-paced production, and their characters ring as clear and true today as they did twenty years ago.