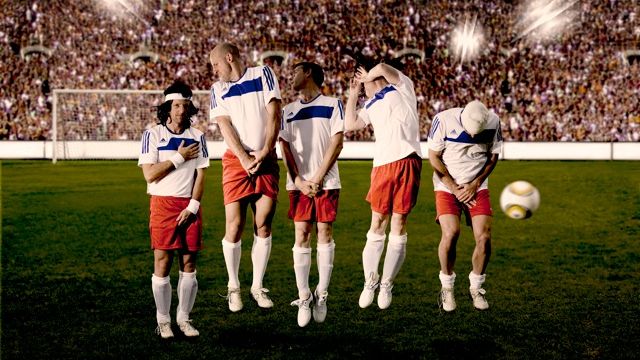 ‘Our piece has evolved along with the story of all that into a behind closed doors imagined 2012 football tournament, along the lines of the usual disastrous outcome for UK teams. There are flashbacks, where the players and coaching staff, though close by are only ever represented through the white collar paper shuffler class’ take on the whole thing and what it means. We hope you get something good from it…’ David Woods (program notes)

Total Football is a clever and entertaining and has its place and if you love ‘blokie’ British humour and are interested in what it means to be British today - go and see it!