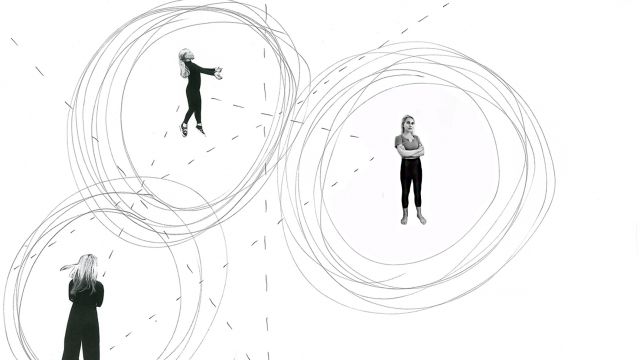 This is an extraordinarily elegant piece of theatre which addresses its highly confronting and timely topic in a delicate and sensitive manner. The central event which inspired this production is Walley’s own personal experience of witnessing an incident of domestic violence homicide on her street.

Walley creates a piece that tries to make sense of this traumatic experience and especially acknowledges the increasing epidemic of violence towards women. Her account of the horror and confusion that such an act generates is also accompanied by the cruel indifference of the criminal justice system. The outcome of the trial of the perpetrator makes it clear that women have little hope of redress in such circumstances. This is one of the more ominous moments in the performance which reveals such dark truths without ever being heavy handed.

The composition of this play incorporates a variety of genres including eyewitness accounts, poetry and chilling dramatisations of encounters with sexual predators. Walley, Lauren Steiner and Isabella Gilbert alternate between the roles of victims and witnesses to episodes of sexual violation and harassment. Ian Ferrington takes on some very difficult roles and portrays the predatory characters with a disarming combination of charm and foreboding. He embodies a variety of menacing personas who are all easily recognisable - the controlling boyfriend, the sinister stranger, the abusive teacher, the casting director - all exploiting their positions of privilege or authority to lure their victims.

The set design of this production seems especially tailored for this performance space as it gradually constructs the constricting circumstances that entrap women. This is carried out by the performers in a slow and graceful manner that beautifully echoes the refined text. The carefully measured ease with which they create and move within this unusual set, that simulates a kind of maze, is visually arresting.

The Trauma Project is a compelling and alluring theatrical work which invites its audience to face up to some very uncomfortable truths. The performance is particularly powerful in showing how gendered violence is clearly in plain sight, surrounding us almost on a daily basis, while exposing the complicity that is required to render it invisible.