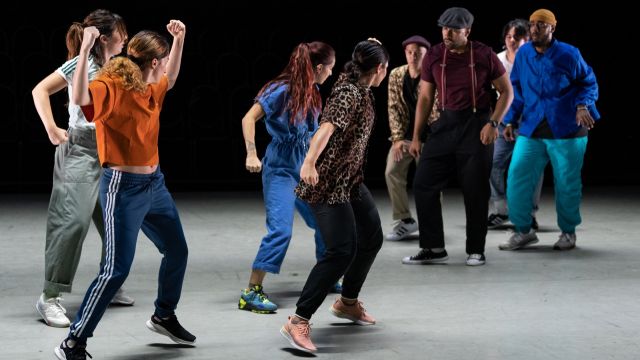 Lady Rocks is an all-female hip-hop group from Paris, whilst Riddim Nationis from Sydney. On the surface it would appear that this is merely a 50-minute fun-filled romp by the two groups. It begins in a similar way to other confrontations between two different hip-hop dancers, as evident in Nick Power’s excellent Between Tiny Cities also seen at this year’s Adelaide Festival. In this case the two groups from different cities meet on a large open stage in the Space Theatre, Adelaide Festival. At the beginning there is the usual friendly taunting that steadily grows to a wonderful union and connection between the two groups via dance.

This all may seem rather simplistic but something else is going on, as Lady Rocks and Riddim Nation are respectively experts in particular styles within hip hop and street dancing in general. It is the gradual melding of these different styles and the creation of something rather new that makes Two Crews rather special.

Lady Rocks is an all-female Parisian hip hop group that specializes in ‘top rock’, which is generally the domain of male form hip hop. This, plus elements of ‘salsa’ informs how they dance, which is generally very strong, powerful, assertive and defiant. I hesitate to use the term ‘masculine’, but basically that’s what it is, or a version of masculine movement and expression. 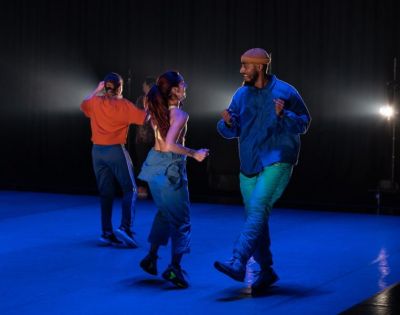 How this all comes together is actually rather marvelous. You don’t need to know all the details in regard to the respective hip hop and dance styles that are being used, as the work stands by itself. Nonetheless, for the discerning eye, which includes a lot of young people, knowledge and appreciation of the different and respective styles adds to the enjoyment of Two Crews, giving it a particular depth and meaning.

There are many highlights in this extraordinary collaboration. One of the best sequences is done in silence. The solo young woman dancer from Sydney’s Riddim Nation draws everyone’s attention because she suddenly stands in complete stillness, which alone is unique in this generally rather busy dance form. She slowly and sensually dances diagonally across the stage, all in silence, to the all-female performers in Parisian Lady Rocks. The sequence concludes when one of the members of Lady Rocks joins her and they dance, in silent communication with one another. It was stunning; not so much an overt sexual same-sex dance but beautifully sensual.

Other thrilling sequences involved both ‘Crews’ coming together and dancing in unison. Suddenly, this had the feel of something one would see in a typical Broadway musical. Hip hop has long ago entered musical theatre but it is still relatively rare to see this distinctive style of street dance in a formal theatre presentation, and in this case it is simply a joy to behold in its celebration of life and connection between these ‘Two Crews’.

The success of this collaboration is due to the fabulous talent and skill of the ‘Two Crews’ – Lady Rocks and Riddim Nation. However, special praise should go to the brilliant Nick Power who has produced two exceptional, dynamic, powerful, and thrilling works for this year’s Adelaide Festival – Two Crews and Between Tiny Cities. More, please.