Two Short Plays: The Pash & An Evening With The Vegetarian Librarian 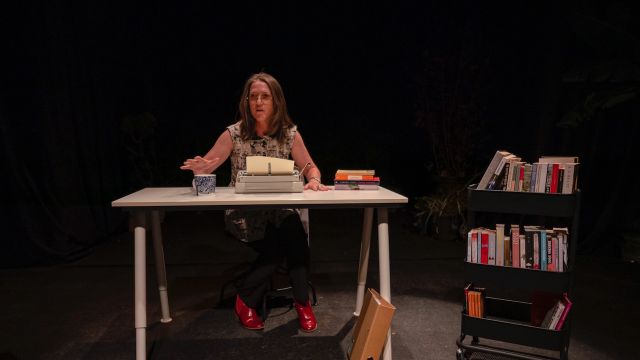 I first saw Tracy Crisp on stage in 2019 at the premiere of her poignant solo memoir The Forgettery. I was struck then by her image-rich writing and this new venture, An Evening With The Vegetarian Librarian, does not disappoint.  It is also a pleasure to observe Ms Crisp’s increased confidence as a performer. The Pash is more theatrical and is a beautifully crafted work from playwright Rita Papillo.  Both works look to the roles, expectations and representations of women near mid-life who have choices to make and a few issues to resolve; or perhaps at the very least are learning to live with the consequences of action or inaction.

The gentle humour present in novelist Tracy Crisp’s writing is woven throughout this monologue with a few repeating motifs such as the judgemental pregnant pause after the “oh” when a guest at a party finds out her career choice: “…..o-o-oh…. a librarian. (silence…) You must like books!” Another is Crisp’s whimsical use of “… where was I?” to shift us all back to a through line of the story after another entertaining digression.

Part of the story takes us back to a childhood where books were front and centre and a mother’s fierce intelligence inspired this Librarian to read.  The clear image of a kitchen table littered with crumpled paper, cold coffee, overflowing ashtray, clacking typewriter and page after page of drafts leads to a young Crisp moving the typewriter to her bedroom. Imitating her mother with a water-filled coffee cup and a rolled, coloured paper tube cigarette she begins to write The Lion, The Witch and the Wardrobe.  She is told in no uncertain terms that this would not be useful as it was already written and so ‘why don’t you write your own?’; thus the glorious possibility of creating stories is revealed. 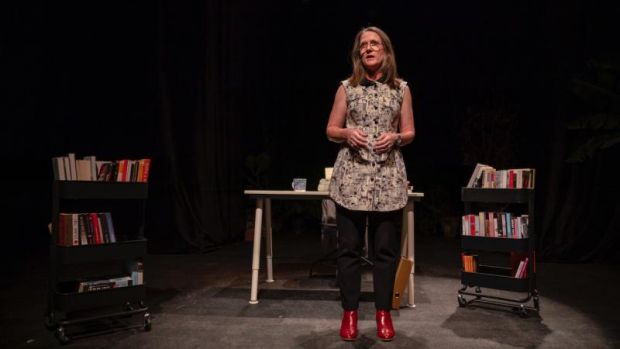 Loosely created from both real and fictional ‘truths’ this performance is simply delightful. Beautifully directed by Maggie Wood, the lush text and narrative shine while the elegant set provides concrete images to work with. For example, books placed one by one into her arms or upon a table, where each title reached for echoes a moment of Crisp’s text. The stage is spare yet suitably gives the impression of the library environment with central desk, returns-laden trolleys and an office chair that at times is styled to generate the notion of absence of life: that of the ‘dead librarian’ who, with her nihilist outlook, has quite the impact on Ms Crisp’s life.

The Pash is a new and compelling work where a female protagonist is shadowed by a narrator and musician as many layers of emotion and self-discovery are laid bare. The play is set amongst the energy and crowds of the Adelaide Fringe where a chance encounter with a guitar-playing stranger shifts a woman’s view of self, her wants and needs, and re-ignites her ability to attend to her inner nature.

Two highly accomplished and watchable actors share the text and narrative throughout revealing a woman’s inner monologue and her outer, slightly awkward self and her varied encounters.  The writing is both poetic and realistic through the layering of the narrator’s shrewd eloquence juxtaposed against the protagonist’s questioning and slightly abashed interactions with the world, her family, friends and strangers. 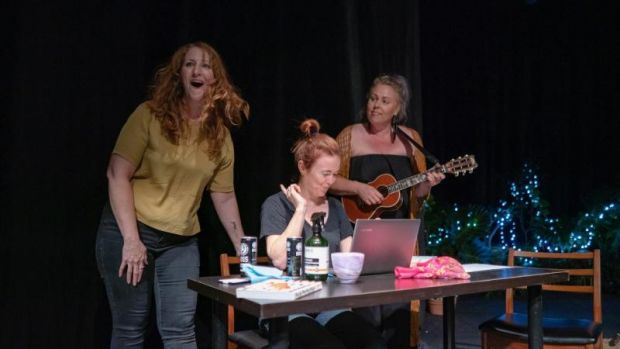 With her velvet voice, perfect diction and assured stage presence, Lucy Slattery is the quixotic elemental character in the work. With choreographic precision Slattery repositions herself, props and furniture as she narrates situations and creates scenes both personal and public. Her timing and connection to the work and other actors is captivating.

Katie O’Reilly works her magic as the protagonist navigating the personal and public arenas of life with a less than assured sense of self.  O’Reilly presents fragility with gentleness and heart so that the character is not represented as victim but as a complex human woman who will resonate with many.  This character treads a path to a more satisfying existence and her journey is uplifting.  O’Reilly has a generous and open demeanour on stage so that the audience is with her at every stage of that trajectory.

The third presence within The Pash is Ria Loof with her sultry voice and strong, elegant bearing.  This talented musician who accompanies herself with subtle ukulele also provides other sounds or mostly silent personas as needed.  Her voice though is lent to several songs throughout that are meshed with the story in various, discreet ways.  Often the three women are observed together in a still moment that brought to mind the mythical ‘maid, mother, crone’ trio or perhaps the varied colours of a single female personality.  Each was costumed individually but in related dark and ochre tones so that now and then, any of the three might emerge as the protagonist as they orbited each other and the space. 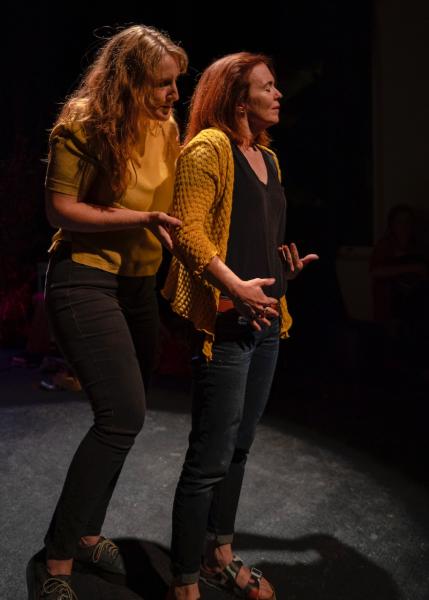 Nikki Allen’s direction is considered, assured and nuanced, incorporating physicality and activated imagery that sits comfortably beside the text, neither dominating nor distracting.  As a combination, Papillo’s writing, Allen’s direction and the three performances are a revelation.  I sincerely hope there will be a repeat season in future.

The only thing to improve this double bill would be to situate the works in a different space with better audience sight lines and superior tech.  It is beyond exciting to see new writing produced with such finesse and quality.  It is also exhilarating to witness strong, talented women presenting and making excellent work that will speak to others, male or female, about issues which reside in a part of themselves, at some stage of life.