Under the Paris Sky 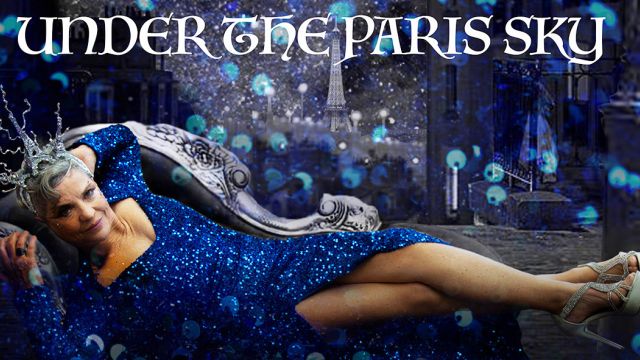 A treat for lovers of Paris and all things French, Georgia Darcy is simply charmante in her latest cabaret show, Under the Paris Sky. Sharing her favourite French chansons, peppered with philosophy, heartfelt reflections and comedic surprises, “Under the Paris Sky” makes a fantastique night out.

Darcy’s voice transports the audience to the banks of the River Seine, then gently rocks them upstream like passengers on a bateau mouche. While she is Australian, you could be forgiven for thinking Darcy has French heritage with her perfect pronunciation of Edith Piaf classics including “La Vie en Rose” and “Non, je ne regrette rien” and melancholic jazz numbers by contemporary singer-song writer Zaz. Darcy shares her deep appreciation and understanding of French culture in an informative and entertaining way.

Darcy is joined, or perhaps interrupted, on stage by the cheeky French maid Cécile, played by her wife Louise Lawson. Cécile’s slapstick antics add well-timed moments of comedic relief to the show. Simon Walters provides musical accompaniment and some nice humorous touches too. The trio work together to give the show a pleasant cadence and incorporate all the best elements of cabaret – music, wit and intimacy.

Another enjoyable element of Under the Paris Sky is the clever use of props, particularly the carnival clown, and Darcy’s stunning costumes. She literally sparkles in a blue floor length gown, complete with a golden Eiffel Tower crown and later appears in a little black dress, also sequined, for her skit as the cleverly named Julienne Carotte. These elements add to the storytelling so you don’t need to understand French to appreciate the narrative and emotions encapsulated in each song.

Under the Paris Sky strikes an elegant balance between popular French references (such as the Eiffel Tower) and a more nuanced cultural appreciation that will delight anyone from the staunch Francophile to the uninitiated. Don’t miss your chance to see this sparkling diamond of Australian cabaret!