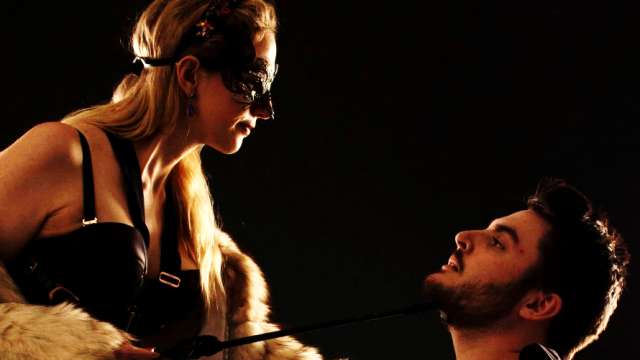 This play is a journey into the world of two people with sadomasochistic desires, conveyed over nearly two hours of strong adult drama spiced with a smattering of humour.

Based on an 1870 story by Austrian author Leopold von Sacher-Masoch, from his novella Legacy of Cain, the atmosphere is both raunchy and bold!

As the pendulum swings between the two, so does the action with fast and wordy dialogue, both the characters switching from the present time to 19th century roles they are portraying, cleverly and effectively swapping accents.

Venus In Fur is not everyone’s choice for a night at the theatre but for those brave enough to venture into the seedy world of voyeurism, the experience is an eye-opener into a seldom seen facet of life.

Director Nathan Schulz, through his production company The Drama Merchant, has succeeded in producing a fast paced, interesting piece of theatre and I look forward to his next offering Peep.