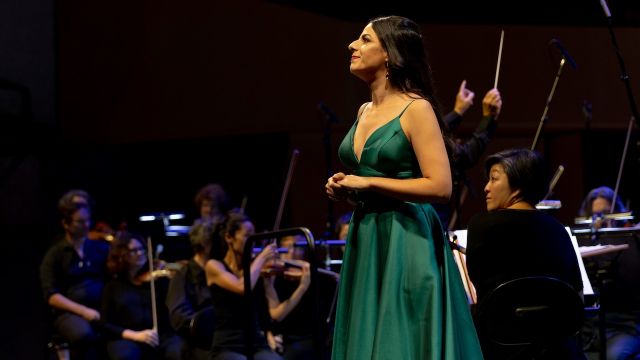 Verdi was a showcase for the stars of Opera Queensland who rose to the occasion delivering some beautiful and haunting performances singing his ‘Greatest Hits’. Director Patrick Nolan and conductor Johannes Fritzsch assembled a collection of duets, trios, quartets and ensemble pieces from La Traviata, Macbeth, Il Trovatore, Rigoletto, Don Carlo, Nabucco, La Forza del Destino, Otello, Falstaff and Aida, that offered a complete overview of the composer’s work. 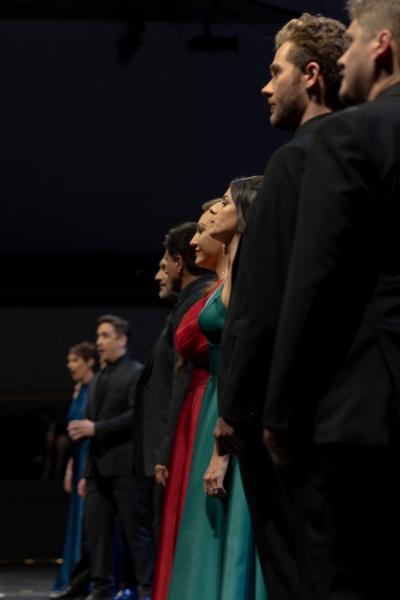 Jason Barry-Smith was an authoritative narrator who supplied a colorful background to the composer’s career. Beginning with the orchestra playing the sublime “Prelude to La Traviata”, following with the Brindisi (Drinking Song) “Libiamo ne’ lieti calici” sung by the chorus with Eva Kong as a stunning Violetta, and Virgilio Marino likewise as a dominant Alfredo, and closing with Falstaff’s ten-voice fugue with Samuel Piper singing the title character, it was a glorious afternoon of beloved opera arias.

In between we had stirring versions by the almost fifty-voiced chorus of Il Trovatore’s “The Anvil Chorus Vedi, le fosche…Chi del gitano”, and Nabucco’s “Va pensiero (Chorus of the Hebrew Slaves)”, and Aida’s Triumphal March, chorus and Ballet music. 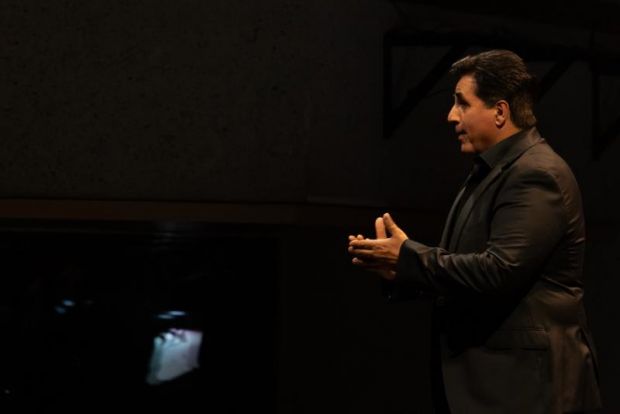 Above the stage hung a giant screen upon which images of the soloists and orchestra were flashed. Superbly directed, they created an intimacy that was immediate and palpable. A fervent concert, thrillingly sung, and a fine finale to Opera Queensland’s celebration of 40 years of opera.