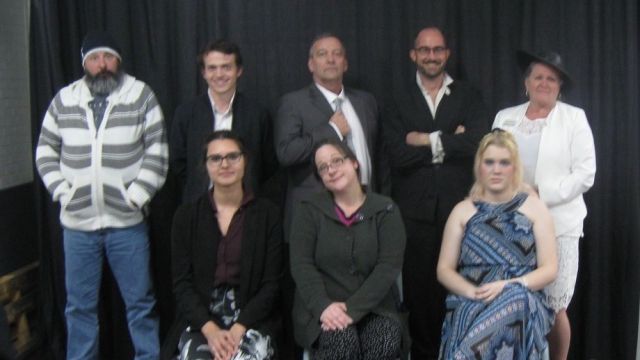 Joondalup Encore Theatre Society (JETS) performed the Australian premiere of new American play The Viewing Room, after a Covid delay, at Padbury Community Hall. Set in the viewing room at a funeral parlour in Holyoke, Massachusetts, the deceased, Chester, wakes up to greet his family.

JETS, who perform in a hired hall, nicely recreate the funeral home space, with a beautiful coffin, tasteful and appropriate decorations and utilitarian furnishing on a black draped stage - a good choice for a company that presumably needs to bump in and out mid-run. The first actress to appear, Diane Campbell as funeral director Jay, also helps to set the tone, elegantly attired in a costume reminiscent of some of our best known local funeral companies.

While the specific room is well established, our sense of place and time is less clear. There is an abundance of accent soup in this production, with this family whose accents would presumably be somewhat Bostonian, hailing from all over the US and Australia. Likewise, while mathematically this play should be set around 1980 (although I am not sure that even the playwright is clear), the costuming and elbow bumping would suggest a different timeline. 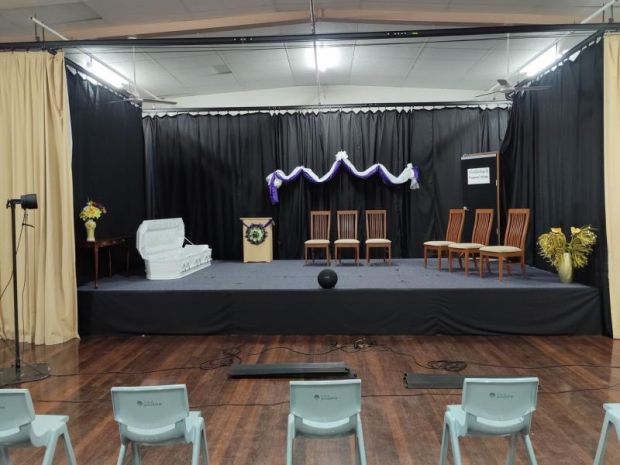 Central character, patriarch and recently departed Chester was played with a good sense of authority and some wry humour by Jeremy Darling - relatively new to performing. His dance scene with Riane Lake’s Florence is perhaps the most poignant moment in the play.

A difficult show to stage in many ways, as while the concept is fascinating, I feel the text still needs some work. A very promising directorial debut from Tim Reissen and wonderful to see a new thought-provoking comedy.