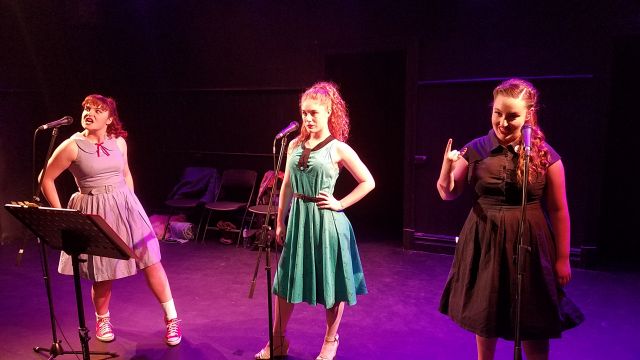 The Violent Years (1956) is a campy, all female musical based on an Ed Woods Film, playing at The Blue Room. Gorgeously sung, it is an 'in your face’, aggressive piece, that never takes itself seriously.

Paula is a wealthy, capable A student who is ignored by her parents. In retaliation she forms a girl gang who rob gas stations, rape men and trash their school as they sing 50s rockabilly to riot girl rock.

Unusually styled, this is partly presentational, feels almost concert form at times, and is unapologetically broad stroke and camp.

The Violent Years (1956) was a fun, fifties film tribute with a lot of fight and fabulous frocks. Well worth a look.