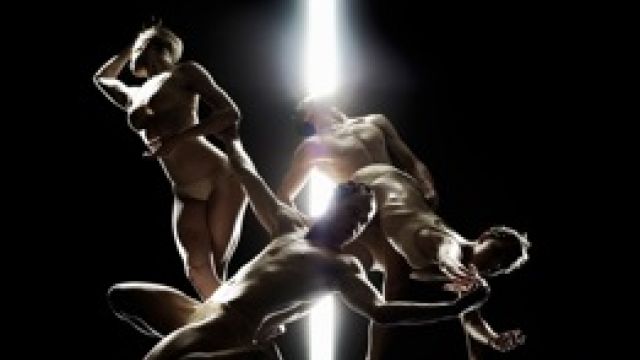 As the curtain rises, the silhouettes of 16 dancers appear almost naked on a field of stars. As the lights slowly brighten, each body comes alive with sometimes jerky, sometimes fluid movements. They are reminiscent of a flower buds blooming in fast forward. We Unfold performed by the Sydney Dance Company, is the first work of Artistic Director Rafael Bonachela, since his appointment as Sydney Dance Company’s Artistic Director in 2008. Known as one of the world’s most intriguing and inventive choreographers, Bonachela created We Unfold in collaboration with Ezio Bosso, who completed his first symphony Oceans, which is the backdrop to which the choreography flows from traditional dance to contemporary. The music in this collaboration is a real treat, the emotion, strength and beauty of the Ocean is quite apparent in each movement. The dancers too are glorious to watch. Their bodies are within an inch of human perfection, and to see them writhe and fold and stretch across the stage and each other is beautiful. It is not hard to imagine the ‘Journey’ mentioned in the program by the choreographer. The other beautiful aspect of this work that delights the eyes is the costuming. Barley there slips of floaty silk in skin tones, speckled occasionally with crystals, accentuate the lithe bodies beneath. The one thing that could be said to be disappointing about this show is the videography. While it was fun to feel like the dance company was floating through space, at times it was distracting. There was so much going on, on the stage at any given time, often it was difficult to focus on the most important element, the dancing. Which was simply breathtaking.