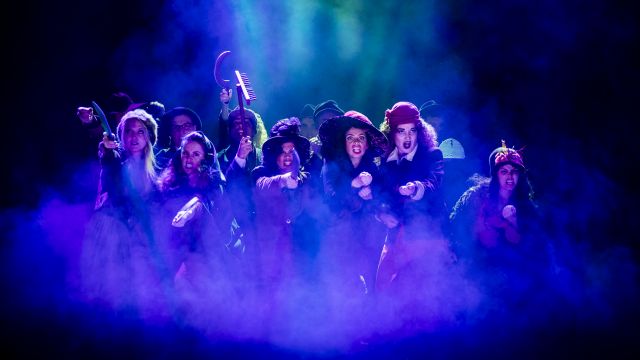 Music & Lyrics by Stephen Schwartz. Book by Winnie Holzman. Based upon the novel by Gregory Maguire. Willoughby Theatre Company. The Concourse Theatre, Chatswood. May 20 – June 4, 2017.

Willoughby Theatre Company’s production of the musical version of Gregory Maguire story of Wicked – The Untold Story of the Witches of Oz is a pure spectacle for all who make the trip to the wonderful Concourse Theatre.

Walking into the theatre we are greeted by the amazing set hired from PLOS Musical Productions, along with charming additions by set designer extraordinaire Simon Greer. Feeling excited about the performance ahead, when Greg Jones’ orchestra began the Overture you could feel the buzz in the audience, building to cheers as the Ensemble filled the stage for “No One Mourns the Wicked.” The Orchestra sounded amazing all evening, assisted by great sound operation (worth mentioning) from the Concourse Staff.

We meet Galinda, played by Carolyn Curtin with the type of naivety and ditsyness we have come associate with the role made famous by Kristin Chenoweth. Spot on with her accent, Curtin was also a major vocal stand-out in the company. Her ad lib in “Popular” was a treat and it was obvious she was really having fun with the role throughout the show. 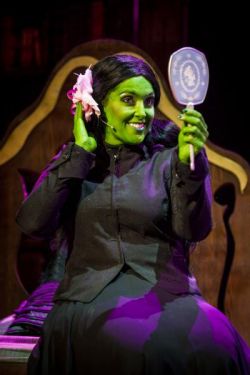 An entertaining birth scene introduces Elphaba, who later becomes the Wicked Witch. We meet teen Elphaba about to head off to Shiz University to look after her sister Nessa Rose. Nikole Music was a phenomenal Elphaba, in a characterisation of great depth. Powerful vocally, Nikole performed the best version of the difficult number “Defying Gravity” I have ever heard, well worth the price of the ticket on its own.

Most of the remaining characters are introduced at Shiz. Madame Morrible, the Univeristy’s Head Mistress with the ulterior motive, is played with great poise by Julianne Horne.

Jared Pallesen was a joy to watch as the Munchkin Boq, besotted with Galinda but loved by Nessa Rose. His dancing skills were clearly on display in the number “Dancing Through Life”. As newcomer to the University Fiyero, Gavin Brown makes an instant impact with his smooth attitude and charm. A triple threat performer, Brown is perfect in the role. His chemistry with both leading ladies is something special and a credit to all three actors. 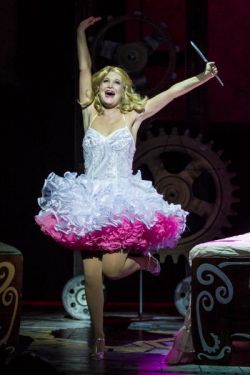 “Defying Gravity” aside, my other favourite number was “As Long as Your Mine” by Elphaba and Fiyero.

The standout supporting role of Nessa Rose, brought to life with great passion by Jessica Balzer, was a stronger version than I’d seen before.

Stig Bell, Greg Jones and Kim Dresner, the Production Team, have excelled, guiding their cast to present this top notch community theatre production. Different directorial choices to usual expectations all really worked here and gave the audience a fresh take on the classic story. The choreography gelled splendidly with every number and the cast really outdid themselves, with special mention to the Dance Ensemble.

Costumes and Make Up are always a big part of any production of Wicked and Willoughby’s team excelled in both. Some of Galinda’s dresses were strikingly beautiful and Dr Dillamond’s costume really caught my eye.

Willoughby Theatre Company should be ecstatic with all aspects their p[roduction. Don’t miss this magical night of musical theatre. 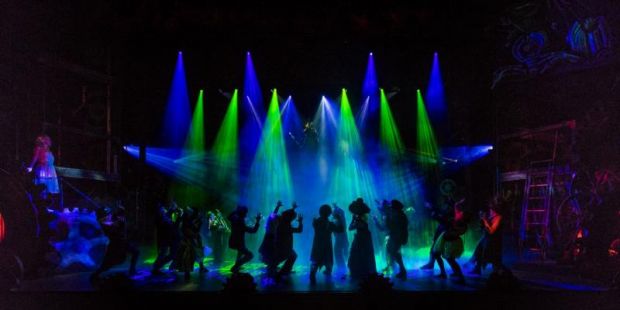 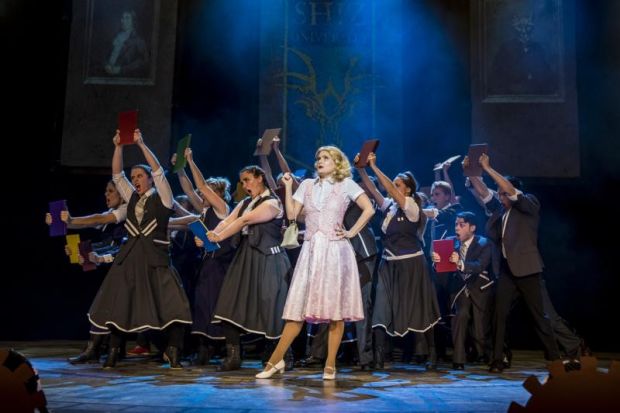 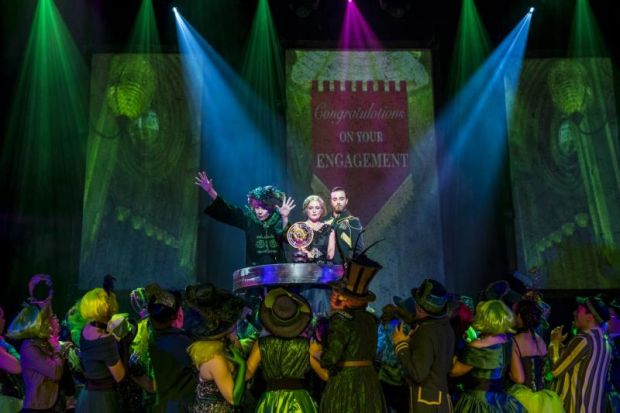