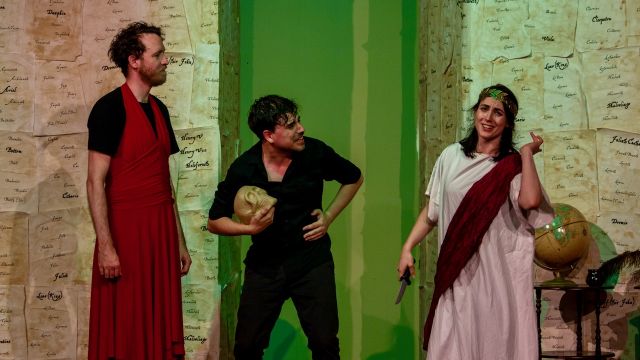 William Shakespeare’s Long Lost First Play (Abridged) is one of the funniest shows of the year. Ostensibly written by 17-year-old William Shakespeare, and lost until its recent discovery under a Leicester car park, this is an hilarious script, brought to fruition by three very talented performers and clever direction.

Grace Edwards, John Whinnen and Thomas Dimmick play actors Eddy Graceton, Winston John and Mick Thomason, who in turn play what feels like hundreds of characters in this epic battle between Ariel and Puck. Performed at running speed throughout, there must be nary a second where this trio are not on stage or completing a quick change. The pace is superb, multiple characterisations excellent and comic delivery second-to none. 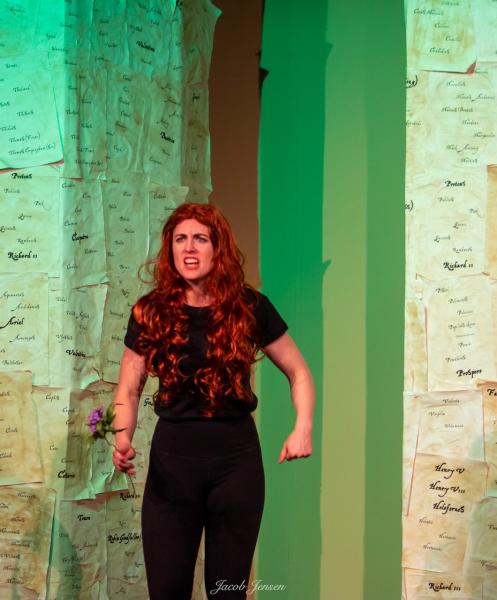 Heaven for Shakespearephiles, this show also has numerous references to Disney and current events, and has very broad appeal. With jokes ranging from the cleverly intellectual to bawdy and silly, there is something to appeal to almost anyone. The team-work between this three is excellent.

Director Vanessa Jenson could easily have staged this on a bare stage, with minimal costumes - but this is a fully realised show with strong production values. Her set design appears to have been wall-papered with the original text, and includes effective lighting and clever AV “commentary” from Jacob Jensen, plus well designed sound from Lars Jensen. Actors wear basic blacks - but the costumes that go on top of these are very clever, and beautifully realised by Costume Designer Michelle Sharp. Michelle also acts as dresser - and must have a very busy performance, as do presumably Stage Managers Clare Talbot and Jeff Hansen. 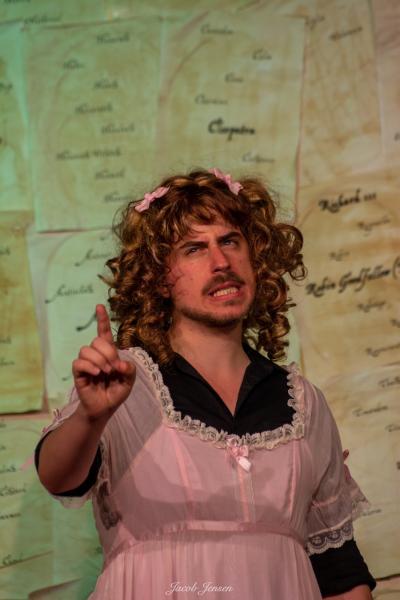 This very clever comedy will have you chuckling and marvelling at the performance for days. A fun, frantic and clever comedy.