The Wizard of Oz – a Pantomime. 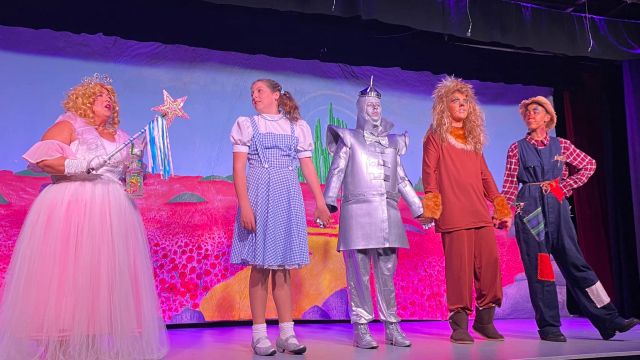 Naturally, when you go to a show with this title you immediately remember the film of that name, a film that still appears regularly on our television screens. Well, this pantomime has some connections with the action centred on Dorothy, Scarecrow, Tin Man and Lion as they travel from Munchkinland on the yellow brick road to the land of Oz. The good and wicked witches are essential but the path they take is far more complex and crowded. This was an interesting version which kept the audience absorbed by, and sometimes vocally reactive to, what they were viewing.

Director Barb Wainwright has manipulated a large cast, which included many young performers, in a fluent manner and the dancing, under Nicol Trenberth’s choreography, was fluent and lively. The costumes were very good indeed with that of Tin Man outstanding. 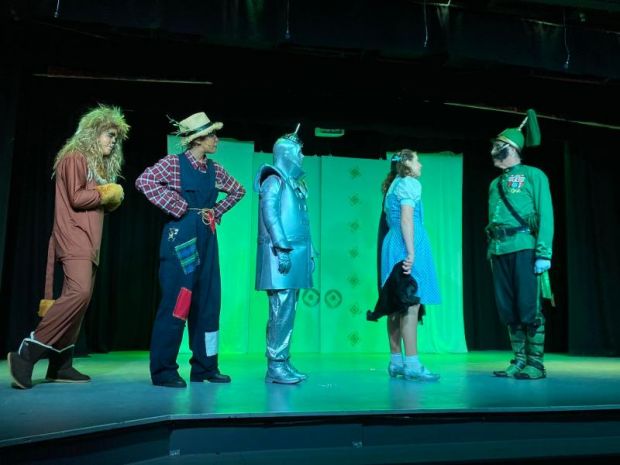 Erin Lowry was really excellent as Scarecrow, while Tammy Bensley as Lion and Aver Star Hill as Tinman helped make that trio an excellent centre to the play.  Ruby Marriott looked the Dorothy of my mind and her acting was solid but, unfortunately her singing needed more strength.

What a nasty piece of goods was the wicked witch, as performed by Kathy Whitfield - a little over the top but very effective.  The contrast with Michelle Whitmore’s nice witch made the production work for the most part. Tom Burrell and Andrew Munslow added strength with their mature performances.

Most of the young performers showed good promise of what is to come – particularly the four malicious monkeys. However, at times the production dragged, mainly in Act Two which could do with some editing as there was so much repetition of both songs and dance which did not really add to the storyline.

The young members of the audience loved the show and really they are the target group for a pantomime.  This show has helped to develop the talents of the younger stars of the future. Overall this show worked and with a wave of her wand, the nice witch may make it even better.