WOMADelaide 2010 – Sounds of the Planet 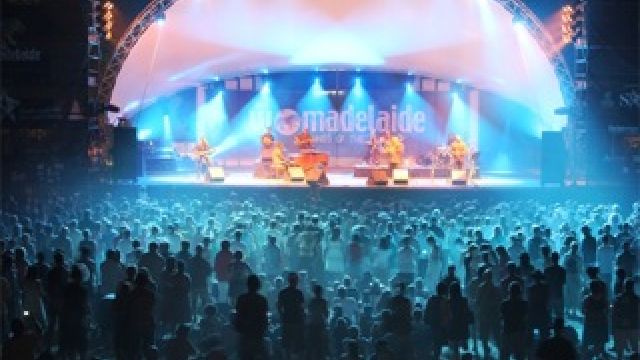 Set amongst the majestic Moreton Bay Figs of Adelaide’s Botanic Park, WOMADelaide rolled into town over the Adelaide Cup long weekend to supply yet another dose of world music, arts and dance to Australia’s culture devotees.

Originally co-founded by the likes of Peter Gabriel in 1982, playing host to WOMAD places the city of Adelaide amongst an elite group in the world and Australia continues to show its love and appreciation for the unique outdoor event. With 2010 marking its 18th year, ticket sales reached over 80,000 and exceeded expectations by an estimated 15%. This is despite facing less than perfect weather forecasts and stiff competition in an overloaded Adelaide calendar.

Thankfully neither the forecasted cloudy skies or nor the sheer amount of alternatives on offer over the long weekend could distract the crowds from attending the biggest and most diverse WOMADelaide yet.

A total of seven open-air stages played host to over 500 artists from 27 countries. The festival format sees the three main stages provide a constant stream of crowd-pulling acts, while the minor platforms supply more intimate musical experiences as well as workshops that educate and entertain as they reveal the secrets behind a selection of the weekend’s performing artists.

The first ever four-day program presented an exciting mix of international and Australian acts that ranged in diversity from street-wise Chicago reggae rap to thumping Japanese drum beats and the soulful tones of Azerbaijani folk music.

Roving street theatre extraordinaires PopEyed provided acrobatic entertainment as you relaxed on the grass or passed between stages, while the plethora of performance installations, visual arts and gastronomic displays completed the festival as a truly world-class cultural experience.

If you somehow found yourself with time to spare, it was well-spent exploring the 100+ food, craft and display stalls dotted around the various stages offering clothing, music, instruments, jewellery, henna, face painting and original art work.

One of the hardest parts of each day proved to be waiting for hunger to strike in order sample the gastronomic feast of international cuisine on offer. Past festivals have seen Indian food heavily over-represented, but there was a noticeable improvement in variety this year, with a better mix of Indian, Middle Eastern and European options. The well-placed Chai Tent returned again and remained a popular spot to take a rest and grab a coffee, hot chocolate or tea while taking in the sights and sounds of Stage 2.

Hard-pressed to pick musical highlights, Tim Finn gains special mention for a magical performance that enthralled the gathered thousands. If you weren't watching at Stage 2 during his Saturday afternoon set you could be forgiven for wondering where everyone had gone.

Amongst an audience used to expecting new and remarkable experiences for their WOMAD dollar, it was no mean feat to surprise and delight in the way of the amazing Mobile Homme aerial spectacular. Produced by French interventionist theatre company La Compagnie Transe Express, this “celestial art” display saw seven drumming Majors and one trapezist hung from a giant-sized mobile and suspended 30 metres above by a crane. The performance had the gathered crowd craning their necks and moving back and forth as one as it swung across the sky, eyes fixed upwards to keep the amazing spectacle in view.

Monday night saw all united in front of Stage 1 for the spellbinding performance of Indian sitar legend Ravi Shankar and his equally talented daughter, Anouska Shankar. Playing an extended 1.5 hour set with individual and ensemble performances, the distinctive strains of their haunting music bathed an audience hushed in respect and appreciation.

Perhaps the only disappointment of the festival came in the form of the All Star Gala, a staple of WOMADelaide and designed to be a highlight of the festival. Each year it gathers together a hand-picked ensemble of performers to perform an ad-lib set on the afternoon of the final day.

In keeping with the trend of previous years, the slot was well-attended at its opening but the sober nature of the proceedings saw many in the audience drift off to find a spot for Ravi Shankar well before the half way point. The artists chosen suggested the organisers aimed for a more laid-back and low-key performance, but given it is supposed to be a celebration of event in its closing hours, it should feel more like a party than a recital.

It must be said that criticism cannot be laid with the artists. All put in wonderful individual performances and when set against the backdrop of four magnificent nights and three dazzling days, one less-than-perfect performance is not half bad.

With South Australia secured as a WOMAD site through to 2019, Adelaidians and indeed all Australians can continue look forward to the world’s premier festival of music, arts and dance being staged on their doorstep for many years to come.