You’ve Got That Thing 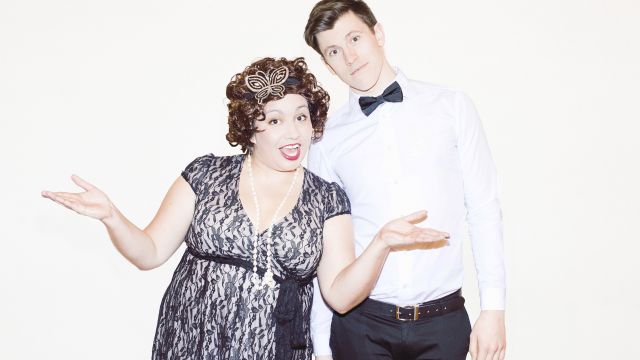 This tender exploration of Cole Porter’s work weaves a gentle, nuanced picture of some of his relationships. He was always just off stage and was made present through his impact on his wife, Linda (Brianna Williams), his lover, Edward (Mitch Roberts) and his star, Ethel Merman (Analisa Bell).They was supported by a pianist, Mia Brine.

There was just enough dialogue to guide the audience through the story. Good use was made of the emotional truths captured and revealed in the songs to provide insight into the characters. Brianna Williams anchored the show with a delicate, understated performance. Her version of “Its alright with me” was heartbreaking. Analisa Bell brought focused, well crafted energy to the stage and while all of her singing had pizazz, her emotional rending of “When a Women’s in Love” was moving. Mitch Robert’s rendition of “Love for Sale” made his character’s pain palpable. His character’s arc from youthful hero worship through infatuation and pain to love and understanding was strongly portrayed.

The piano work of Mia Brine was supportive, though there were moments when the loudness of the playing was distracting.

The staging was simple and effective. Lighting provided by Sam Duncan gave focus where required.

The show celebrates Cole Porter’s work and illuminates his life and it is done with polish, respect and care.