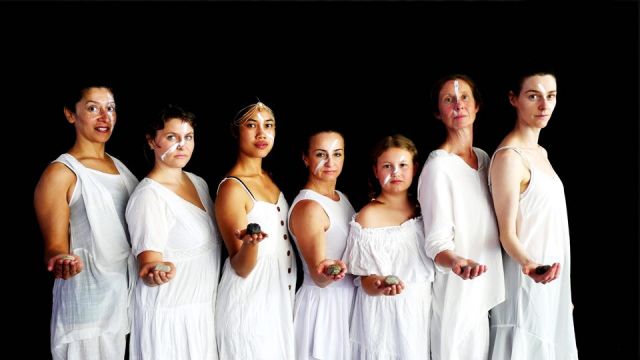 Existence Theatre’s World Premiere of Z6QCQ6 Code of Rituals is, appropriately, a highly ritualistic piece of theatre. Intimate and immersive, with audience involvement, it combines movement and dance with physical theatre and asks its audience to “witness and experience what it is like to feel”.

Very much an ensemble piece, the story travels from ancient times to a faraway future, through seven “Images” or acts - a story of a people, led by a queen, beautifully played by Existence Theatre founder Elisabeth M. Eitelberger. Contrary to law, Troja the Queen is saved from ritual sacrifice by Artusa (a moving performance from Rina Fadzlina) - which leads to a series of events, including a flood of tears that destroys the land. Can the spiritual guidance from the queen lead to eventual reunification of her people? 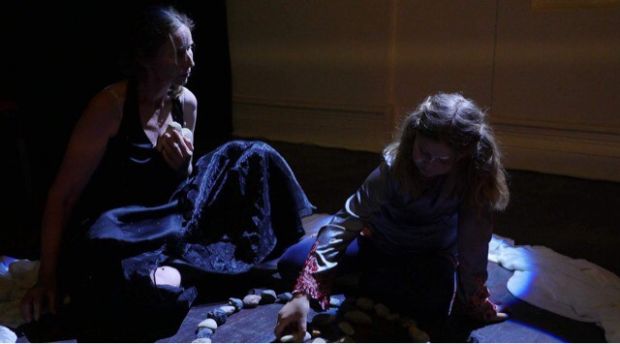 Many familiar faces from previous Existence Theatre productions including the elegant Gala Shevtsov as Syra the oracle, and the child actress Emma Benischauer, who acts with maturity and understanding beyond her years. Expert teamwork throughout from all of the cast, including Sarah Healy as Zora, Sophie Regnier as the King’s sister Artura, and Daniela O’Mara as the servant.

Performed in low light, the play is underscored with sound by director Bello Benischauer. Projections, also by Bello Benischauer add to the atmosphere, but the traverse nature of the production means that much of the time, many in the audience need to turn away from the action to see the projections - so I fear that their full impact is lost for many. If you like your theatre immersive and intimate - with lots of food for thought - Existence Theatre’s next production may be a great choice for you. Z6QCQ6 Code of Rituals was a fascinating, thought-provoking production.