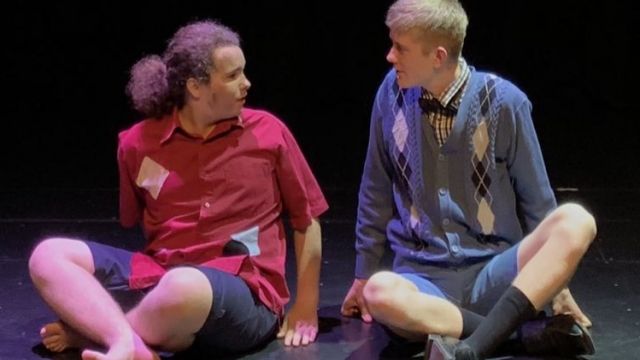 Willeton Senior High School’s Year Eleven Drama students presented Willy Russell’s Blood Brothers, for just a single public performance. A hard-working ensemble, they have not only appeared as performers, but also designed their own costumes, and worked in other elements of design. They are supported by a good size backstage crew and a squadron of friendly front of house team members who make the audience feel very welcome.

Performed on a bare stage, with no props - everything is mimed with care - atmosphere is provided by Luke Smith’s emotive lighting and a strong sound plot from Mohammad Haddadpor. This allows us to concentrate on the performances and the art of storytelling. It was clear that the cast had captured the audience completely, and it was a lovely experience to hear audible gasps from a young audience totally rapt in the story. Strong performances from the gentlemen in the title roles - with the twins separated at birth played with wonderful teamwork and beautiful contrast. Believable portrayals from Cooper Jeffreys as rough-round-the-edges Mickey, and Luke Brown as the cosseted, sweetly awkward and posh Eddie.

Leah Addely played the downtrodden Mrs Johnson with great feeling - a performer with great potential and one to watch, while Sara Zulaikha, new to theatre, showed great understanding of Mrs Lyons’ descent into mental illness 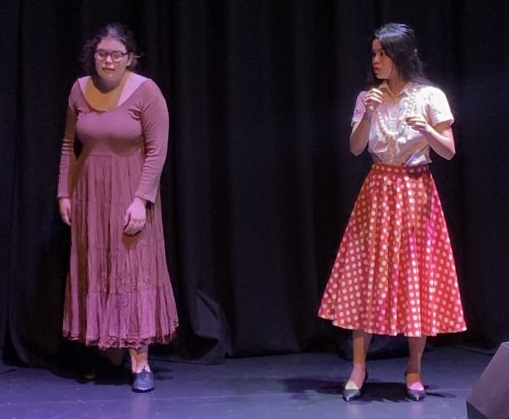 Kiyan Dass brings gravity and care to the role of the narrator, with Vaness Boong, in a very different role from her recent appearance in Rehearsal for Murder, showing a lovely journey as Linda. A small ensemble play with a number of cameo roles - solid support from Shenal Constantine, Natalia, Aaron James and Yi Heng.

Great to see a young company with a good understanding of the work being presented, even when the story and era are very outside their own experience. A pleasure to watch.