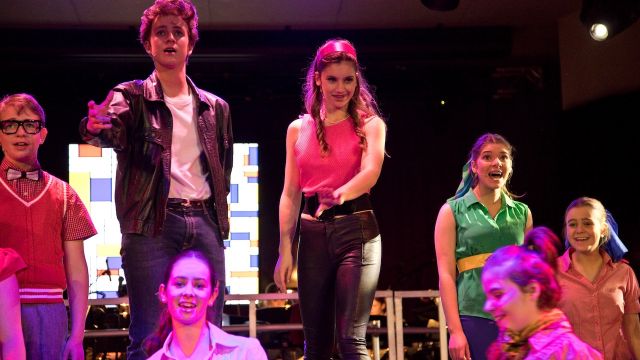 Bye Bye Birdie comes from the golden age of musicals; the 1930s through to the early 1950s. It is loosely based on the drafting of Elvis Presley into the US army. It features a teen dominated cast and so it’s a perfect choice for Scotch College, well known for presenting quality musicals featuring a school aged cast.

Experienced director David Gauci, founder and head of Davine Productions, has wisely taken the approach to play this musical as originally set rather than trying to update a classic era. He has, however, successfully added a ‘Back to the Future’ style scene at the start of the production to contrast today’s teenagers with those of yesteryear. His direction is true to the style required for this iconic musical and brings out the best in his cast, adding experienced touches.

Musical Director Liz Young’s orchestra throw themselves into a difficult score with great enthusiasm and provide a solid backing to the actors while keeping a good balance. Young also helps her cast achieve impressive harmonies. 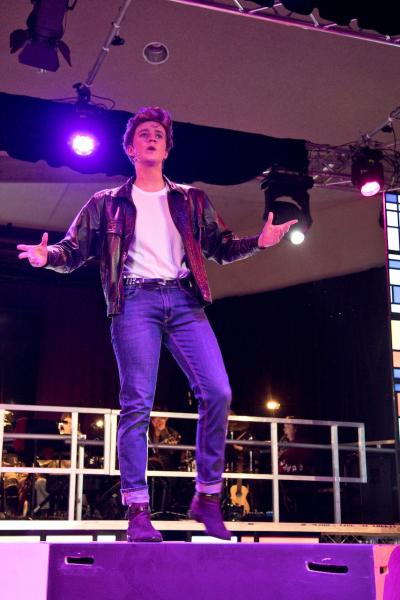 Choreographer Nina Richards’ choreography is well pitched to the abilities of the cast, who effectively portray the joyfulness that was the 50s.

Set on a thrust stage with the orchestra behind the action and a projection screen at the back, the staging features a false arch that illuminates to provide various moods and frame the action. Stair modules and trucks are used to advantage to create the many locations required by this piece. The set design by Craig Williams (painted by Damon Hill) ensures the production moves swiftly and gives a multitude of levels on which to play.

As mentioned earlier, Bye Bye Birdie is loosely based on the drafting of Elvis Presley into the army. When the draft selects rock star Conrad Birdie, his fans are devastated, but none more than struggling songwriter Albert Peterson, whose song Birdie was about to record. Albert's long-time girlfriend, Rosie, pushes Albert to write a new tune that Birdie will perform on television to a fan selected in a contest. The scheme works, with young Ohio teenager Kim McAfee declared the winner, but no one has counted on the jealous wrath of her boyfriend.

Sebastian Crisafi and Olivia Sutton are outstanding as Albert Peterson, the nervous and high-strung president of Almaelou Records and his secretary Rose Alverez. Their vocals and comedy work are perfectly matched, particularly in ‘One Boy’, ‘Put on a Happy Face’ and ‘Baby Talk to Me’. 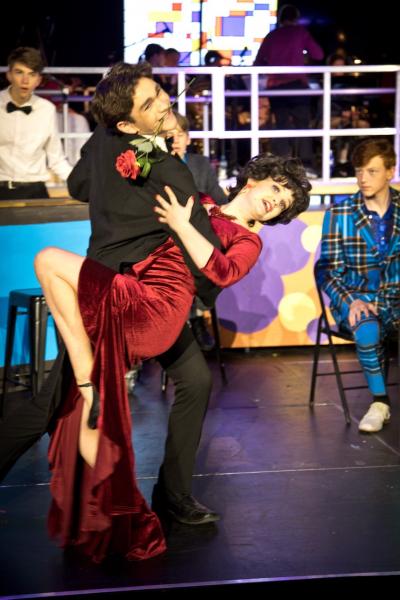 Nicholas Petterson’s Conrad Birdie has the look and swagger of a rock star that makes him so desirable to his fans and after a quiet start certainly delivers in ‘One Last Kiss’. His hairstyle deserves a special mention.

The MacAfee family, Harry Ince (Harry), Jasmyn Setchell (Doris) Sophie Laycock (Kim) and William Jarvis (Randolph) are the typical American 1950s family with typical 1950s problems. Laycock is everything a 1950s teenager should be, a fifteen-year-old, self-possessed teen-aged girl, who considers herself more mature than her “Conrad-Crazy” girlfriends. Her number ‘What Did I Ever See in Him?’ with Rose is a standout. The rest of the MacAfee family come into their own in the breakfast scene, Harry, with all the frustration of a father of a teenage girl, Doris, having to placate Harry, and Randolph who just wants to fit in. Their number ‘Kids’ is a high energy knockout! Jarvis’ focus onstage and amazing unbroken voice add a special touch to this family.

Tim Whalan’s Hugo, Kim’s understandably frustrated boyfriend, is intense and provides many of the comedy moments of the production. 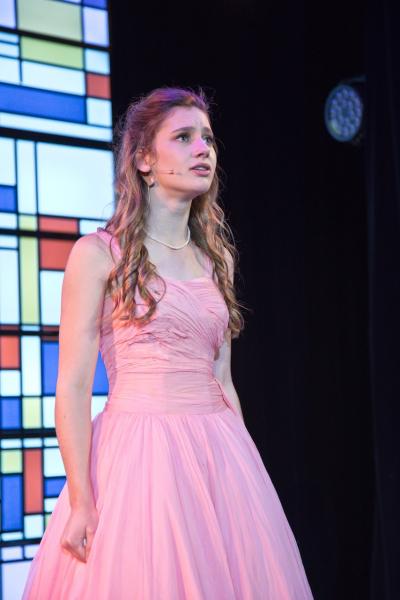 Mia Nicholls as Mrs Mae Peterson, Albert’s stereotypical “Jewish Mother” gives us the performance of the evening in ‘A Mother Doesn’t Matter Anymore’, pulling out the stops as a petulant mother who will not let go!

The ensemble, as well as performing a large number of small roles provide solid backing to the principals, especially in ‘The Ed Sullivan Song’. 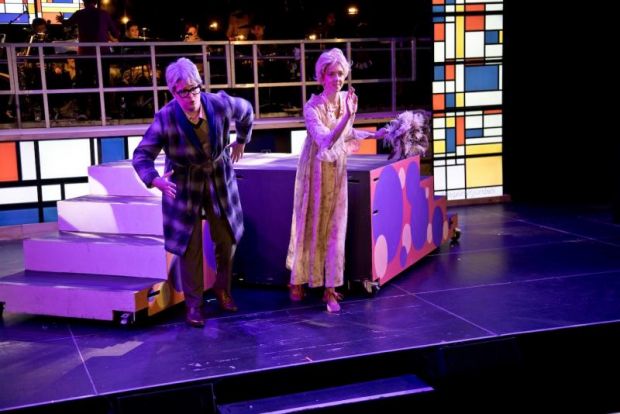 Older musicals tend to have long overtures and entr’actes that are not through composed and become a collection of songs of the show clumsily linked. This production would have benefitted from tightening these two numbers and shortening some of the dance numbers.

First nights are difficult enough in adult theatre let along young people’s theatre. Some of the miking on the opening night was inconsistent but improved as the show progressed.

Bye Bye Birdie is a highly entertaining, fun filled night out that reminds us that it doesn’t matter what century we are in, kids will always be kids. Well done Scotch College!