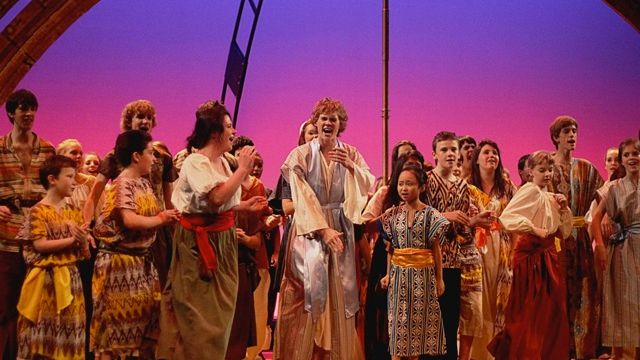 Children of Eden is a two-act musical play with music and lyrics by Stephen Schwartz, loosely based on the stories of Adam and Eve and Noah’s ark from the Book of Genesis. Despite never being played on Broadway, Children of Eden is in the top 20 productions licensed for performance. It is very popular in schools and community theatre for its humanitarian values, opportunities for casting across a wide range of ages and the relatively large number of performers required.

Coda Audio Services recently had the privilege of working with the cast and orchestra from St Andrew’s Cathedral School and Director, Huw Belling, for the schools’ production of the show performed at NIDA’s Parade Theatre in Sydney. 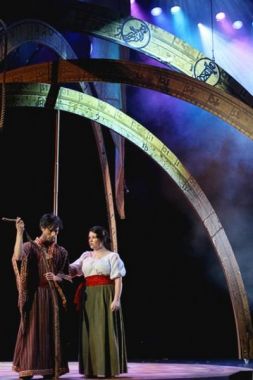 Huw, himself an ex-student of the school and its current Composer in Residence, is perhaps better known for his musical work as a composer and as Assistant Conductor and Artistic Administrator with the newly formed Sydney Chamber Opera, as well as teaching at the Sydney Conservatorium High School. Huw also had a love of theatre while attending the school as a student, so it came as no surprise that he was pleased to take the opportunity to direct such a challenging production.

The bulk of mapping out of the show was done at a four day camp with Huw, staff and students, followed by three to four months of rehearsals, necessarily done as extra curricular activity; after school and on Saturdays. Huw noted that working out the blocking with students has its own specific requirements, “because they’re constantly changing focus and absorbing new things. It’s like trying to fill a bucket with a hole in the bottom, the trick is to fill it faster than it can empty”.

With it’s wide range of musical styles, large cast and disparate themes of the infinite and the deeply personal, emphasizing the dramatic impact while controlling logistics was an important consideration.  Huw chose to tie the show together with common visual themes of space, spheres, atoms and orbits, while tightening several scenes and fostering the acting skills of his young cast. In fact, in his director’s notes he states ”The show is a spectacle to be sure, yet as director, my proudest moments have been watching the cast on ‘automatic’ simply telling the story themselves, as they see it."

The show was a success of the highest order and a true credit to its cast, orchestra and production crew. However, as a school production, it is not only the performance which is of the utmost importance, but also the realization of the very diverse range of skills and a fostering of a sense of community among the performers, parents and students at large. Roughly ten percent of the school directly participated, but from every report, 100 percent were involved. As Huw observed, “they might forget the details, but they’ll never forget the experience.”

Paul Tilley, Coda’s audio engineer for Children of Eden, has experience in broadcast and sound design, and is a specialist operator for large musicals, having worked on The Lion King, Cabaret, Singing in the Rain, The Sound of Music and many others. 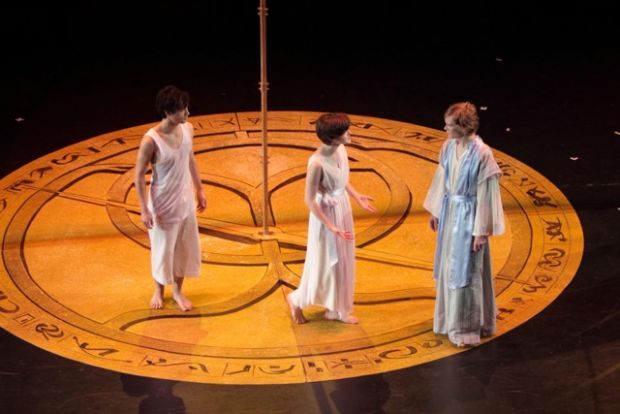 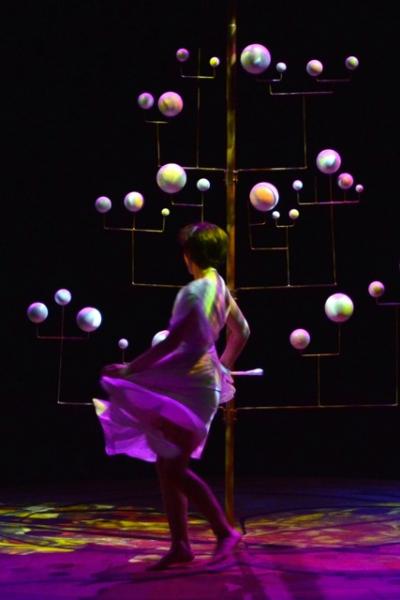