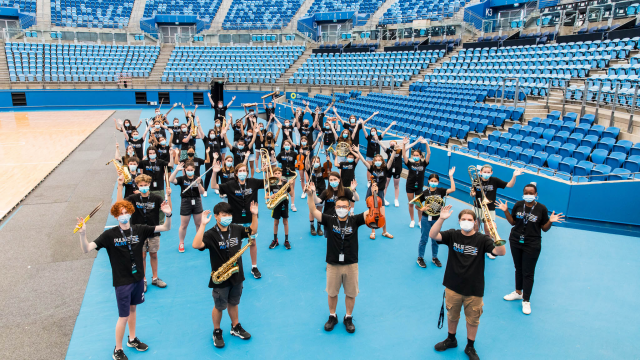 In her latest Behind the Scenes column, Debora Krizak looks at how tough the pandemic has been on school performing arts.

Cancelled. For most, this means a simple disruption to the social calendar. Throughout the pandemic, most of my friends continued to work from home. For those of us working in The Arts, putting on a show from home just doesn’t pay the bills.

The ‘no singing, no dancing’ rule has also devastated the corporate events industry, with large events now on their third or fourth postponement. Unfortunately for our family, my husband works in events. It’s a bit of a double whammy, but resilience is in our DNA. The hard knocks are barely a grazed knee these days.

It's one thing to ponder the long-lasting effects of Covid on our industry, but I’ve been thinking a lot about the impact on our kids. As a parent of a 13-year-old daughter who enjoys her creative outlets, it’s easy to dismiss her extracurricular activities as “just a bit of fun” when the reality is much different. This is where like-minded kids come together, preferring to spend hours singing, dancing and rehearsing the school musical after hours, rather than engage over TikTok.

I’ll be honest. I never wanted to encourage another performer in the family. But when my daughter started belting out Frozen at three years of age, I knew this was going to be a “thing”. I tried soccer, 7am netball games, art classes, but nothing piqued her interest until she found singing and dancing. Ten years later, the dancing has taken a back seat, but her love of music and theatre remains strong. 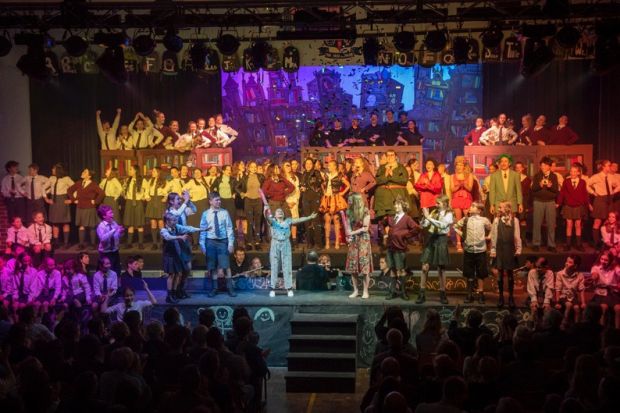 Various studies have shown that engaging in a performing arts curriculum has positive effects on a child’s academic performance and emotional wellbeing. Delve a bit further and the research also suggests that the effects on a child’s mental, physical, social and emotional development will stay with them for years to come – on and off the stage. Many academics argue that creativity is the single most important skill in the world. According to the authors of the book Creative Leadership: Skills That Drive Change, during group problem solving sessions, teams which had some form of formal creativity training were able to devise 350% more ideas and were far more original than their counterparts.

When Covid hit our shores in 2020, kids everywhere had to adapt to home schooling with very little social interaction and extra-curricular activities. Once school returned, the first casualty of Covid was The Arts. Music and band rehearsals ceased, dance prac exams converted to online and school musicals were cancelled.

My daughter’s school musical production of Annie closed after one performance and in the same week, a youth production of The Addams Family she was in had also been postponed. Dance classes reverted to Zoom and after successfully auditioning as a principal vocalist for the NSW Arts Unit, her engagement in the arts initiative Pulse Alive also came to an abrupt halt.

Fortunately, most have now been rescheduled, but when I asked her recently what she was most looking forward to this coming year, her response was “nothing”. She has lost faith in anything being a certainty. The once confident and excited young teenager now shrugs when I ask her how rehearsals went. Her light has dimmed. Weekends are now spent taking Rapid Antigen Tests and learning choreography on Zoom. Dressing rooms are a thing of the past. Social distancing is paramount.

Kids must be double vaccinated to perform in some theatres and venues and if you’ve ever tried to act or sing in a mask, I can tell you it's tough. Opening night parties and cast gatherings are a no-go zone. Even mingling in foyers to greet friends after a show is considered high risk. Everything that was once fun is gone. But for these kids, the show must go on. Now more than ever. 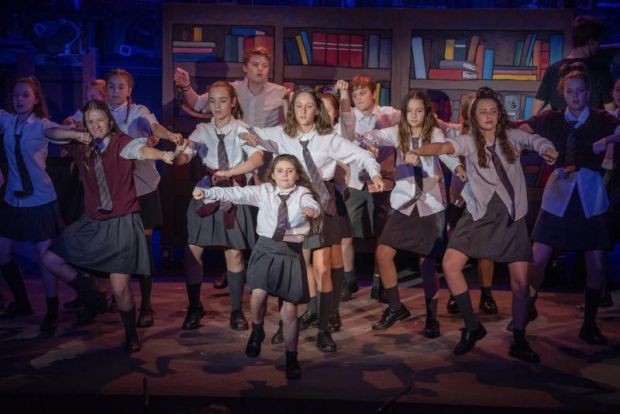 “Ordinarily we have the school musical, Drama ensemble, Theatresports, choir and a variety of orchestras. The musical we’ve been able to delay, while the orchestras and choir have just not been able to run. It’s been hard for a lot of kids. The numbers have gotten smaller because you have whole cohorts who haven’t been introduced to Performing Arts programs from Year 7.”

With The Arts already struggling for recognition, Courtney recognises the impact this can have on students in the years to follow.

“Most of the arts programs foster real-world skills like collaboration, problem solving and the ability to communicate and express thoughts and ideas in ways that are interesting and easy to understand.”

“What makes me sad is that a lot of students have missed almost two years of arts opportunities in some really formative years. I also think that, for lots of kids, the arts are their social outlet - especially in the programs I'm lucky enough to work on, bringing together like-minded students from a whole lot of different schools. Kids tend to 'find their tribe' in the programs that I oversee.” 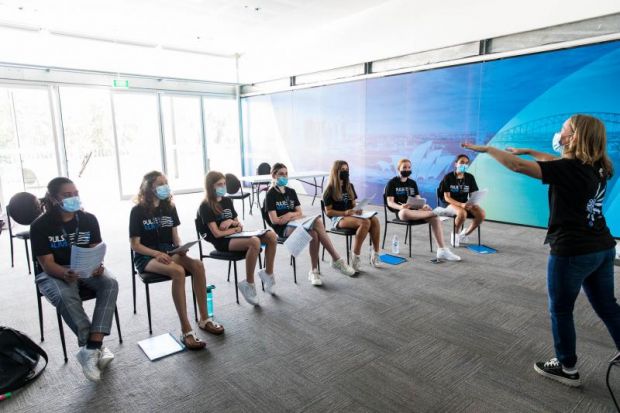 Having parented two children who transitioned into high school during the height of the pandemic, I often wonder what the reaction would be if numeracy and literacy programs were abolished in the same way as our arts programs. I was never a conventional parent when it came to learning. My children learnt their times tables through music and song and the only reason they developed early literacy skills was due to the many nights spent learning the sounds and words to various nursery rhymes. I recall being pleasantly surprised when they grasped the concept of reading so enthusiastically in their first year of Kindy. Peter shares a similar view.

“I think the arts in schools (and sports, for that matter) are on equal footing of importance as learning to read and write and add and subtract! The whole reason I decided to become a teacher was because of the benefit I know I received participating in the arts programs at my primary and high school, and in The Arts Unit at the time.”

Now that a new school year has commenced with the distribution of Rapid Antigen Testing for many students, what protocols are in place to ensure that our children don’t experience another two years of creative drought? Peter is currently working on re-staging last year’s postponed PULSE ALIVE initiative, which involves over 1000 primary and secondary students.

“To see students making music and working together again had many of my team in tears. We worked with NSW Health and the NSW Department of Education to come up with a way to run rehearsals with Covid safe settings in place - all the doors and windows to the rooms were always open, students and staff were in masks - including whilst singing - and we were able to source some Rapid Antigen Tests to enable all students to test before they arrived at the venue. What also worked for us is that we were able to provide schools, teachers and students with music and choreography to work on virtually at home.”

Sydney Youth Music Theatre stages two productions each year for young people aged between 10 and 25. President Chrissy Strickland said when Covid hit in 2020 they were scheduling their junior show, The Addams Family. 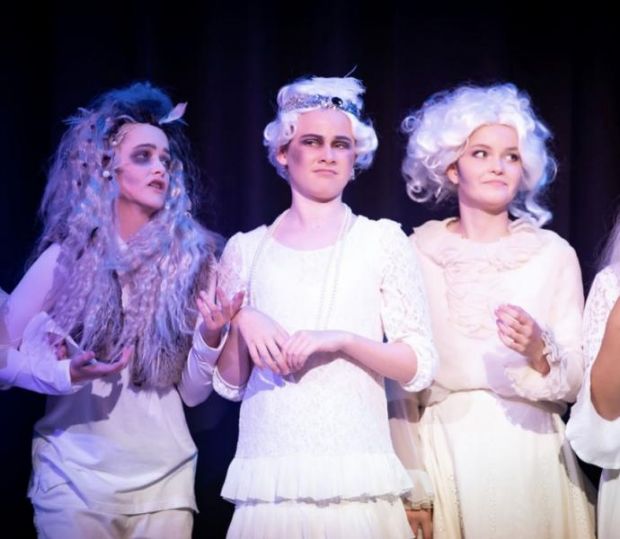 “We postponed the show to July 2021 but then had to cancel the week before opening.  Having to cancel shows, delay shows, and communicate to cast and families was devastating. Then I had to apply for new musical licences, adjust dates for lighting, sound, venue, orchestras, cast, crew etc. Having such a young cast meant many were not vaccinated, so our risk mitigation plans had to be strict.”

When drama was cancelled in my HSC year, I had three days to find another way to study acting as an arts subject. At the time it felt like the end of the world – leaving the friends that I had grown up with. It ended up being one of the best decisions of my life. I was introduced to a school with a wonderful Drama department, and I was also encouraged to pursue studies in Maths and Biology. I have always been grateful for that moment of adversity which opened the door to new pathways and opportunities. Reflecting on this, I wonder if there is any silver lining to all this disruption and upheaval for our kids.

“Our whole rehearsal process for Shrek this year has been a disruption, but the students’ desire to perform is so strong that they’ve been so flexible with every little change that’s happened. We held online auditions and over one hundred students auditioned because they’re so much more comfortable in front of a camera now, than walking into a room,” states Courtney Cassar.

Peter Hayward has faith that we will eventually get back to some semblance of normal.

“There may even be a net positive for all of us who have been in the arts through this time. We will go into the rebuilding phase with a renewed sense of why we do what we do and why it's important - so, in a really crazy way, we could even get to a better place than we might have without going through this pandemic.”

With The Addams Family finally hitting the stage after a Covid-free and successful season, Chrissy describes the feeling of making it to the finish line. “We talked about seeing this show on the stage and how we would feel. I totally underestimated the joy. I learned and was astonished by the resilience, courage and hope of those in The Arts.”

Chrissy reminds me of a line from The Addams’s Family: “If we move toward the darkness, we might find love and acceptance. For when it is dark enough, we can see the stars.”

“And when our show went on stage, we finally got to see the stars…”