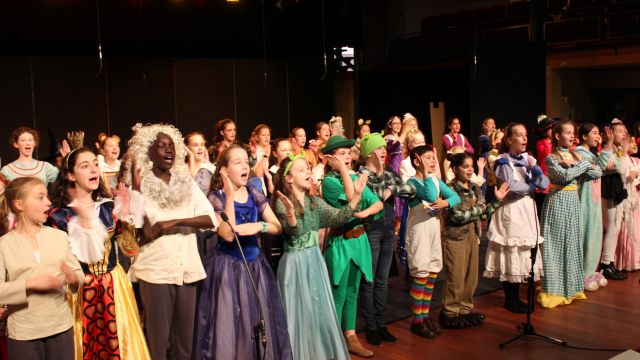 The first Australian Junior Theatre Celebration will be held in Newcastle on October 20, 2016. This Broadway JuniorTM event will host national and international musical theatre celebrities and provide opportunities for young people to celebrate their love of musical theatre.

The Junior Theatre Celebration Australia 2016 is anticipated to host between eight and 16 performing arts groups from across the country. Participants will perform on stage at the Civic Theatre in this one-day celebration.

This Celebration is inspired by the American Junior Theater Festival (JTF) produced by iTheatrics, a leading international authority on musical theatre for young people, headquartered in New York City, USA. iTheatrics’ flagship Junior Theater Festival event is held in Atlanta, GA USA in January each year with over 5,000 participants in attendance.

Hunter Drama, a local Novocastrian acting school, attended the Atlanta Junior Theater Festival in January 2015, and was awarded a “Freddie G Outstanding Production” award. The students were invited to perform a selection from their presentation for all 5,800+ festival attendees during the festival’s closing ceremonies. With the success at the festival, Hunter Drama Director Daniel Stoddart was inspired to develop such an event in Australia.

Junior Theatre Celebration participating groups will present a showcase from a musical in Music Theatre International’s Broadway JuniorTM library of titles to industry experts. They will receive feedback on their connection to the material, story- telling, movement, music, acting and ensemble work.