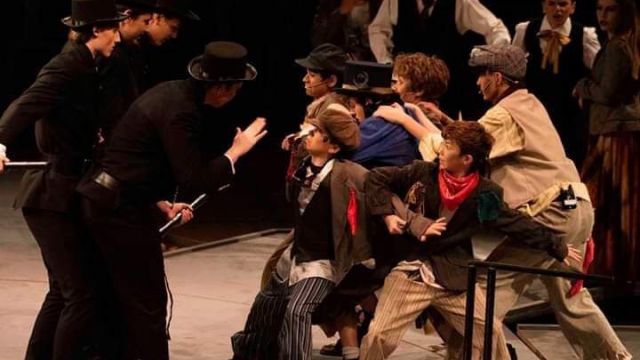 Mazenod College’s production of Oliver! might almost be described as "Oliver! - The Arena Spectacular". Performed in the round, in a converted gymnasium, with a revolving stage, huge set pieces and a cast of 55, this was a large scale theatrical experience. Design and decorations extend to the foyer and interval space, making this an immersive and exciting experience.

Characters were also larger than life. Drawing on the feel of Tim Burton and the look of commedia dell’arte, the scariness factor of the “bad guys” is increased with the use of exaggerated prosthetics. Leo Rimmer is a complex and layered Fagin, in a high energy performance, Jenn Hurley Green is an imposing, intimidating Bill Sykes, with strong physical performances from Luke Baker as Mr Bumble, Alicia Pepper as Widow Corney and Owain Bundock and Livvy Clarke as Mr and Mrs Sowerberry, under some epic makeup work.

Elijah Franklin is delightful as Oliver, in a sensitive and beautifully sung performance, with Tom Murnane a strong and very personable Artful Dodger. They alternate the roles with Allan Findlay (Oliver) and Joshua Throssell (Dodger) and lead a very impressive, highly focused children's cast which includes Lachlan Ives, soon to be seen in Black Swan’s Medea, as an offbeat Charley Bates and a standout Beau Van der Beeke as Nipper. 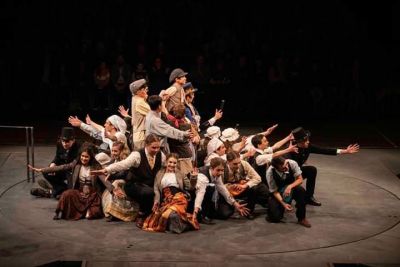 There were many beautiful chorus moments from this engaged and energised ensemble. The cast execute Dan Jonkov’s innovative choreography with gusto and are constantly kept moving to clear sightlines and to include audiences on all sides. They are also pressed into service to manually operate the revolve (treadmills and child labour come to mind) and help to execute scene changes on Nick Allen’s mammoth and frequently reconstructed set. Set changes are very impressive, employing a good deal of “kid-power” and smoothly managed by Stage Manager Chris Alvaro. Lighting design by Kai Lovel is often used to direct our attention in the large space, and is emotive and well employed. The hundreds of traditional costumes worn by this large cast were co-ordinated by Jane Gilbert supported by Anne Greely.

Student involvement is not limited to the cast and crew (which included students from St Brigid’s College and Lesmurdie Senior High School), but to design and other creative roles. Fifteen students were part of the very strong orchestra, which also included adult members of the Mazenod Community - well conducted by Alistair McEvoy.

Oliver! at Mazenod is a true community event, a large scale, good quality theatrical experience performed with love and energy and the joy of performing. It has been well supported by the community, with sell-out houses, which are having a great time. 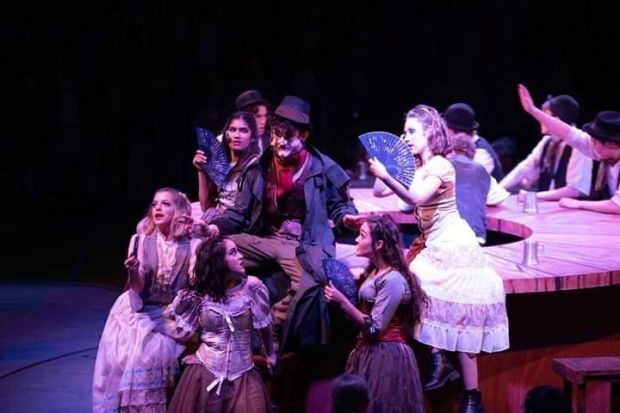 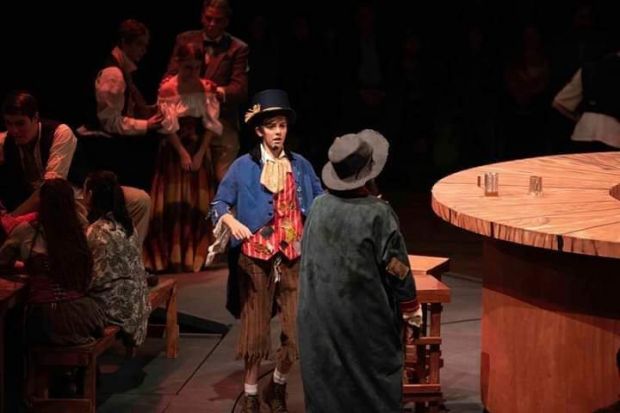 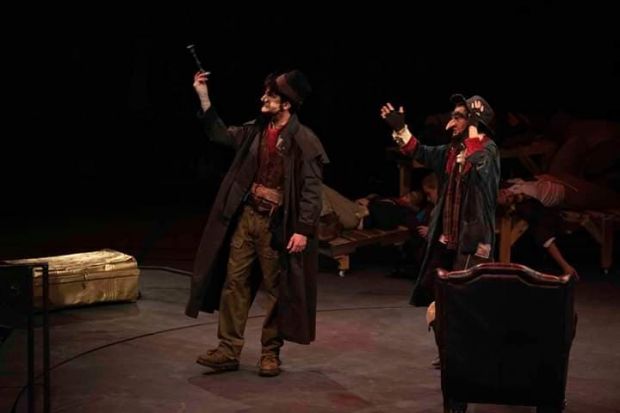