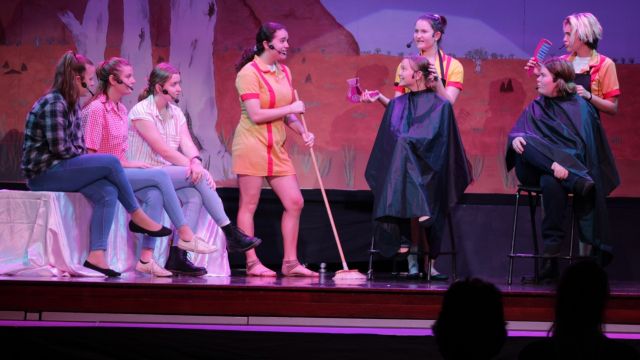 In June 2020, one of the only places in Australia where theatre was able to take place was in the Northern Territory. Students at Taminmin College in Humpty Doo (40 kilometres from Darwin) were lucky enough to get their musical to the stage.

The annual school musical at Taminmin College is a highlight of the yearly calendar in Humpty Doo that brings in past students, staff and wider community members. At the start of 2020, 85 Year 10 and 11 students were enrolled into the timetabled musical course and auditioned for roles within The Great Australian Rock Musical. The students were placed into four class groups: Drama (actors), Music (band), Dance and the Technical Crew (lights, costuming and props). They were excited in anticipation of being on stage.

Taminmin College is one of the largest composite high schools in the Northern Territory, with 90% of the students based in the rural area. Director Taryna Deslandes said, “initially I was dubious about putting on The Great Australian Rock Musical, but as we are a rural school, I found that our students could relate to the ‘true blue Aussie’ characters that the story followed.”

Actor Mitchell Scott commented: “I found the role of Mick Peed to be a role you could really explore and develop as both a person and an actor.” Similarly, music director, Joscelyn Markerink reflects. “They all grew up with their parents playing Aussie rock, so it was great to see them appreciate it as well as they began to play the songs.”

“Everything was running smoothly,” says Taryna, “and then BAM, global pandemic.”

In the throes of the uncertainty of COVID-19, despite the school remaining open, attendance was dropping off rapidly due to family choices. “Having an understudy is normal, but having 12 is beyond ridiculous,” Taryna remembers. “This is when we were under pressure to make a decision.” When discussing alternatives to a live performance, there were ideas for postponing, staging online, or creating a filmed version; still, this brought up issues of timetable clashes, staffing commitments, and all without any confirmation of whether the situation would change.

As the school is in a rural area, internet access is limited at best, so it made a live show the school’s only option.

Year 11 band members Charlie Clarke and Shannon Hellet told teachers they were upset “because it was our last opportunity to be in the musical,”  and the fact that “we couldn’t perform it in front of an audience was heartbreaking.”

So then came the question: How does one put on a musical for a socially distanced live audience and cast? Siobhan Niland, choreographer, said that “choreographing and staging for Aussie Pub belters was a challenge from the beginning, let alone with the possibility of incorporating social distancing.”

At this point, the team had to make the final call; were they going to put on the show or was their hard work going to disappear down the proverbial drain? Upon facing this soul-crushing dilemma, the Department of Education declared during the school break that it was business as usual as of Week One Term 2 due to no community transfers. “Unlike our interstate counterparts, we had it easy from that point,” said Taryna.

On returning to normal from the whirlwind that was COVID in Term 1, a fire was lit under the entire cast and crew to work harder than ever to ensure that the show could go on. When reflecting on her experience, Taryna commented: “It was hectic in the sense that we did not know whether it was going to happen at first. There was a rollercoaster of emotions, but the kids were the ones who really pushed it and made sure that it could happen because they were so determined to perform.” 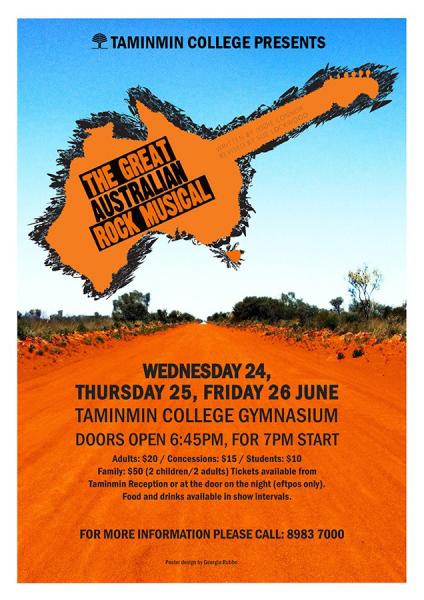