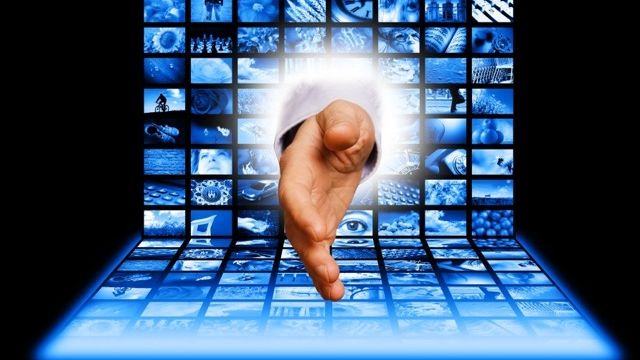 Do you have trouble getting young people interested in the performing arts? Are they spending all their time on Facebook? The Queensland Arts Council has come up with a solution. It’s a touring a play called The Social Me - all about the pitfalls of Facebook. It’s written and directed by Brad Jennings and Steven Maxwell, and produced by Markwell Presents Cinematic Theatre Company.

Stage Whispers: What is Cinematic Theatre?

Brad Jennings: We coined the term Cinematic Theatre and describe it as the fusion of live performance and the magic of the big screen. The integrated use of projection during stage scenes and scene transitions allows the live action to become continuous, therefore creating a suspension of disbelief that engages the audience.

SW: How do you use that in this play?

BJ: In The Social Me, the two characters on stage interact strictly through their iphones. The stage design incorporates a rear-projection screen where every interaction is seen through the iPhone interface as they navigate between phone calls, text messages, Facebook status updates and chat. Much of the projection is pre-timed with the actors’ movements.

SW: What is the story?

BJ: Michael (year 12), and Ellie (year 9) have been interacting on Facebook. When Ellie approaches Michael after school asking to sit with him on the bus, he rejects her and the embarrassing moment is caught on mobile video and uploaded to Facebook. The video goes viral and Ellie tries to get Michael to have it taken down. When he doesn’t she hacks the account of a friend and love interest of Michael and poses as her, organising to meet him later that night. Instead of meeting him, Ellie films Michael from a distance, planning to embarrass him by posting the video to Facebook, but she is surprised when a group of young men attack him. The story is told in a real-time narrative over the course of the 50 minutes.

SW: How do they ‘talk’ to each other properly on stage? BJ: We wanted to explore the isolation of online interaction and the complexity of written communication without the characters speaking to each other on stage. There are moments of soliloquy and thoughts that are spoken aloud, but much of the play revolves around the lack of subtext in chat and sms communication.

SW: So how crucial is the projection in the play?

BJ: Very. Take away the projection and much of the story is lost. The complexity of the visual imagery and speed in which the characters navigate the technology also creates a sense of chaos for the audience.

SW: Why is social media isolating in your opinion?

BJ: When speaking with young people about social media, an idea that comes up is that of loneliness; that social media can reinforce popularity through likes and comments about status updates, but it can also accentuate loneliness for people without many ‘friends’ or whose comments and posts remained unliked. I see the lack of physical interaction with people as isolating, but I’m not necessarily sure that young people view it this way… to them it’s normal.

SW: What is the main limitation of communication by social media?

BJ: The lack of subtext is one of the biggest limitations. In our initial consultation with two groups of young people before we wrote the script, many spoke of friendships lost over confusion in written messages where subtext was absent; people didn’t get they were being sarcastic or joking etc.

SW: Does this make it difficult to perform also?

BJ: The play has been very challenging to direct. We have been working towards a strong sense of realism in the performance, and letting the screen tell the story, but it’s been a real challenge for the actors to maintain this realism, while needing a heightened awareness of the timing. SW: How do you research the play?

BJ: We conducted two consultations with high school students in Brisbane. We also work with a number of senior students through our artist in residence program and social media has been an issue that we’ve explored a number of times. We also had a young AV designer create much of the artwork and he was instrumental in guiding the realism of the text communication.

SW: What has been the reaction to initial showings …from adults and school children?

BJ: Young people totally get it and seem to become immersed in the story being told through the online communication. They get the characters and the dilemma. We recently launched the show at the national drama conference and there were mixed reactions from the teachers; some loved it, some wished there was more physical interaction between the characters, some didn’t like it but thought their kids really would.

SW: Does this mean you think on balance social media makes kids dumber?

BJ: I think young people are highly skilled communicators through the medium of social media. Just because the interaction isn’t physical, doesn’t make it less sincere or meaningful, just different. They have to judge subtext and meaning without face-to-face interaction and I think that can be very difficult.

SW: What is the difference taking to social media as an adult instead of a 17 year old?

BJ: For myself, I’m far more aware of the implications of what I write and post online and how it could be perceived. I think for young people, they are less concerned with that and can only learn through their mistakes.

Originally published in the May / June edition of Stage Whispers.