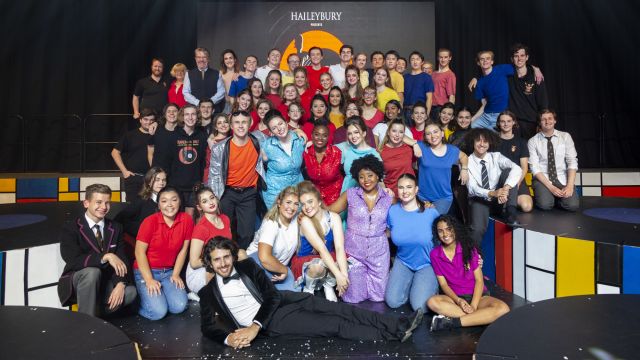 When Stewart Bell, Haileybury’s outgoing Director of Performing Arts, arrived at the school in 1981, he never imagined that — 40 years later — he’d still be there.

In December, Mr Bell will leave the school where he has built an impressive Performing Arts curriculum, helped some well-known students towards a career in the arts industry – and where he met his wife, Philippa.

Mr Bell first set foot in Haileybury as a university student completing a Bachelor of Education. He did his final teaching round at the school and, when a job came up the following year, he began teaching Drama and English at the Keysborough campus.

“When I graduated, I had two choices – the position at Haileybury or the Education Department offered me a job at Sunshine Tech. I thought I’d try the private school and I’ve never regretted my decision,” he says.

“While I was at high school, I had aspirations to be an actor but I thought I’d go into teaching where I could be involved in drama. I thought I might act later but once I got the job at Haileybury, the urge to be an actor disappeared. I produced shows, worked with kids who were full of energy and enthusiasm and I felt I was giving back. That was enough for me.”

During his lengthy career at Haileybury, Mr Bell has seen a number of changes. A year after he began teaching, Haileybury built the impressive Aikman Hall which elevated the quality and scale of dramatic and musical performances at the school. 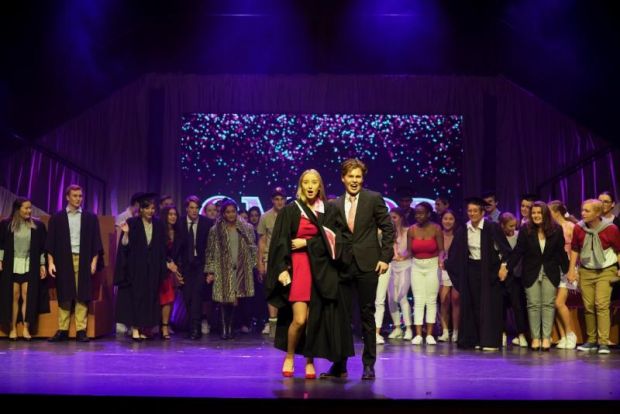 “Whenever I got itchy feet, something happened to keep me at Haileybury,” says Mr Bell.

“When I first arrived, Haileybury was a boys’ school and Drama was seen as a way to ‘round off’ the boys. The then Principal, Michael Aikman, wanted to create the Renaissance Man – he wanted boys to play an instrument, play sport, get great results and present themselves well and that’s where Drama came in. But it got a lot more creative after that.”

“The 2018 Haileybury Tattoo was incredible — an extraordinary logistical exercise and if that’s my last Tattoo, I’m as happy as Larry,” he says.

“There have been a number of productions that stand out for me. We’ve done two Jesus Christ Superstars and my first play as Head of Department was The Incredible Murder of Cardinal Tosca with Adam Elliot and Jamie Blanks. They’ve enjoyed much success.”

Adam Elliot is an Academy Award winning animator and director whose creations include Mary and Max and Harvie Krumpet. Jamie Blanks is a film director and composer best known for horror movie classics including Urban Legend, Storm Warning and Crawlspace.

“But most of my great actors went on to be great lawyers and managers because drama gives you the great advantage to be able to stand up in front of people, to think on your feet and to make an impression,” says Mr Bell. 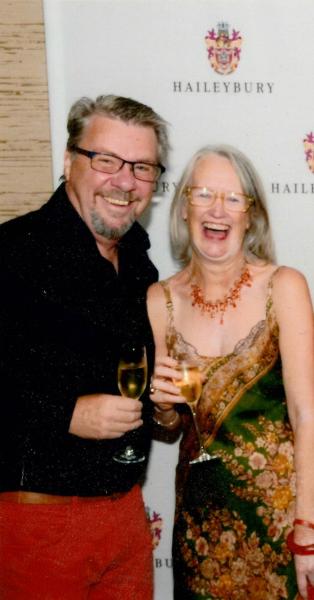 Occasionally, there have been productions that are memorable for all the wrong reasons!

“One year we performed the play Inheritance by Australian playwright, Hannie Rayson. It’s a family saga set in the Mallee and one scene feature a ride-on mower,” says Mr Bell.

“Normally I watch from the front but one night I was backstage and got a little confused. I was sure the mower should be on stage and the students were saying ‘no’. But I was convinced so I told the student to start up the mower and it began belching diesel smoke backstage. The student roared on stage but the kids were right — he was a scene too early! So, he rode on one side of the stage and out the other side. The students looked at this mower roaring across and wondered what was happening. It was a stunning moment!”

Haileybury has also played a significant role in Mr Bell’s personal life. It’s where he met his wife, Philippa (Pip) Bell who is Head of Performing Arts for the Junior and Middle Schools. Their shared love of performance has been celebrated in and out of school with the couple named ‘Legends’ at the 2018 Drama Australia conference. They’ve been members of Drama Victoria for more than 30 years. Their two sons also attended Haileybury.

“When I met my wife in the 1980s, she was a rare thing at Haileybury — a female teacher. The boys didn’t know how to address a female teacher in those days so they called her ‘Sir’,” says Mr Bell.

After the success of this year’s musical, Leader of the Pack, Mr Bell said it was time to step down so he and his wife can spend more time travelling.

“Although one of my worries about retiring is losing the wonderful energy from the students. Working with them has kept me young. They’ve been inspiring and challenging and I will miss that,” he says. 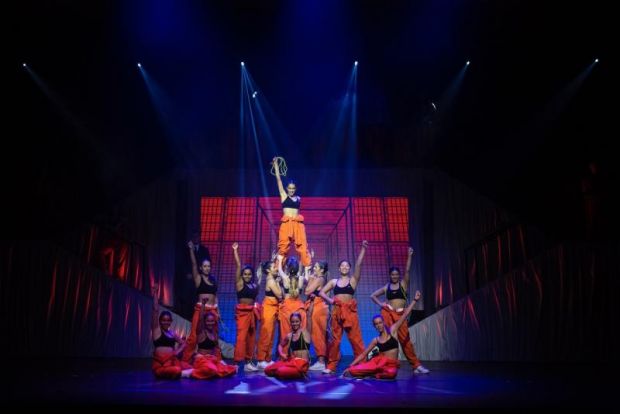 After 40 years, Mr Bell hopes the Performing Arts at Haileybury will continue to thrive.

“I want the great tradition and the enthusiasm and innovation to continue,” he says.

Mr Bell’s retirement plans include gardening, pottering, completing the 223km Larapinta Trail in Central Australia along the West MacDonnell Ranges with his wife and international travel.

“My wife is having a ball at Haileybury so travelling will have to fit in with school holidays but, at some point, I want to sit in a villa somewhere on the Spanish coast!” he says.

Images: Stewart Bell with the cast and crew of 2021 musical Leader of the Pack and production images of Legally Blonde (2020) (photographer: Pia Johnson) & Stewart and Pip Bell at 2018 staff party.