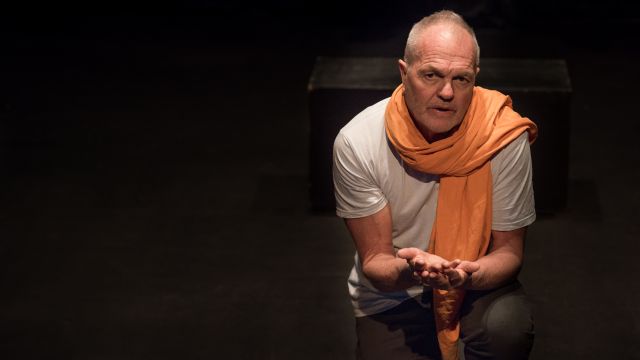 We chatted to award-winning playwright, poet and actor, Stephen House, about his new show, The Ajoona Guest House, soon to have its world premiere in Adelaide.

Stage Whispers: I understand this play is set and was written in India. How did that come about?

Stephen House: Several years ago, I received an Asialink literature residency to create a new written work in India, and The Ajoona Guest House is it. I lived in Delhi and wrote the first draft. I went back to India a few times over 2 years, working in theatre and travelling. The finished monologue seeped out of me over my times in and out of India. I also travelled there widely, making a poetry and images work that has shown several times, including at two OzAsia Festivals, and currently as a solo exhibition “Being in India” in Goolwa SA.

SW: The show is about a guest house I gather. What happens there?

SH: Yes, it is, but more so, it’s about the lives of some people living there, and particularly the life of the protagonist I play. By falling into The Ajoona with him, we also fall into the life of a man who has been returning to the guest house for decades, and bit by bit a hidden world is exposed. We are also taken into the lives of two others living in the guest house; two characters that I play in the story – sub characters, but with big parts in the story.

SW: Is it autobiographical?

SH: Hmm, well I’ve been returning to India for decades. Chaotic and crazy times, all sorts of adventures, people, relationships, and situations, and a guest house; but whether it is fully me or not I’ll leave unanswered, as I do with all my monologue shows. 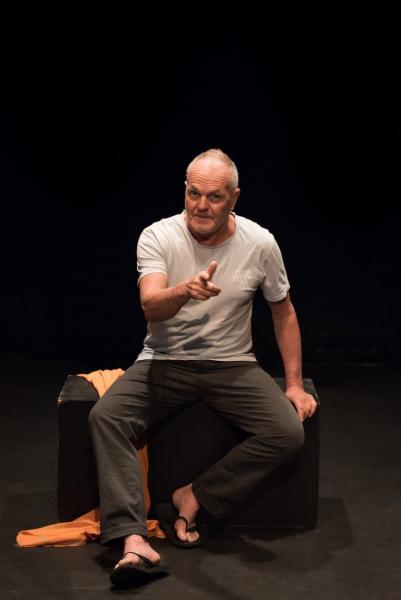 SW: This is the third monologue in a trilogy. What are the other two?

SH: My ten-year project was to write and then perform three monologues, written and set in three different world cites. The first, “Appalling Behaviour”, was written and set in Paris. After it was produced, I performed it in every city in Australia, more than 100 shows to date. It’s now in development for a new production in Europe, and along the way saw another production at the ANU in Canberra. It’s published by Australian Plays. The second “Almost Face to Face” was written in Ireland on an Australia Council residency and premiered at La Mama with a Greenroom best actor award nomination. I toured it after that, including overseas (stopped by covid). It is published by Australian Plays Transform. And now the third, set in New Delhi. There are threads to the three as the protagonist, him, is in all, but they exist independently.

SW: Why should we see The Ajoona Guest House? What is interesting or fascinating?

SH: I’d say the story is interesting and fascinating. It’s not telling an audience about this New Delhi world; it is taking them in there with me. It is densely poetic, yet brutally naturalistic. What has been made with this production regarding style is interesting too. It’s directed by a wonderful director, Rosalba Clemente, and our process has been incredible. We have always wanted to work together and so finally doing so has seen an outcome we are proud of. The sound artist on this show, Alain Valodze, has created something special also.

The Ajoona Guest House by Stephen House | The Bakehouse Theatre