All Out of Love: Air Supply Musical to Premiere in Perth 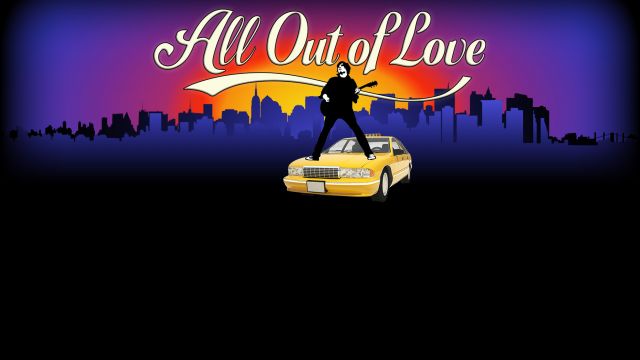 The world premiere of the new musical All Out of Love will take place in Perth in July 2014, ahead of a Singapore season and other yet to be announced Australian and international dates.

All Out of Love features the classic songs of Air Supply, one of the world’s most successful and enduring bands, with over 80 million album sales worldwide, and an original script, a new love story set in New York, by Canadian playwright Jim Millan, All Out of Love.

The musical is being developed in Melbourne for a global audience.

All Out of Love is produced by Musical Management Asia Pacific MMAP, headed by Naomi Toohey and Dale Harrison. Harrison said, “Air Supply were the first Western group to tour China, Taiwan, and countless other countries. With the World Premiere in Singapore in 2014, All Out of Love will continue the tradition of breaking new ground.”

All Out of Love tells the story of Jamie Crimson, a hugely successful singer who seems to have it all, but has lost the one thing that inspired him to make music, his Muse, the love of his life. Hearing from his band that he is planning to retire from music, Stacie King, the ambitious and irrepressible daughter of Tommy King (music mogul) decides to bring him back to the streets he came from.  Stacie helps Jamie to rediscover the world and inspiration he left behind and reconnect with the woman he drifted away from then lost. With paparazzi, obsessive fans and her father’s bodyguards on their tail, and many obstacles in their path, Stacie is determined to help Jamie find his Muse. Can Jamie and Muse reunite to sing the love song they wrote together?

Barry Siegel, Air Supply’s manager and producer on the production said, “It is not a tribute show that mimics Air Supply, this is a totally new show that uses Air Supply’s music in a new theatrical production. A romantic comedy, a love story and great rock ballads, what more could you ask for”

The show will feature 16 Air Supply songs including "Lost in Love", "All Out of Love", "The One That You Love" and  "Making Love Out Of Nothing At All".

After two years of development Toohey and Harrison have found the ideal city to premiere All Out of Love. Toohey said “After touring shows intensively through Asia, I always felt I was having a little piece of Australia following me when I heard an Air Supply song.  I always wanted to open the production in Australia and Graham, Russell and Barry all agree this is the perfect place to start this new journey for their music and the musical.”

Graham Russell said, “Russell and I want the songs to have a life beyond our performances on stage. Of course we will still be performing for our fans and we see All Out of Love bringing our music to new audiences.”

Writer Jim Millan was the founding artistic director of Canadian independent theatre company Crow’s Theatre, where he has written, produced or directed more than 70 plays. Jim was script consultant on the revised Spiderman: Turn Off the Dark on Broadway and rewrote and redirected the musical Lucky Guy off Broadway during previews.  Jim created a one man show with CNN Icon Larry King and was the Creative Director on Adam Savage and Jamie Hyneman’s Mythbusters Behind the Myths Tour.

Stephen Amos is the musical director of the production. His credits include Grease, West Side Story, the 10th Anniversary production of Les Miserables, Mamma Mia!, Kiss Me, Kate for the Production Company, Fiddler on the Roof with Topol, and Billy Elliot for which he  won a Helpmann award. Stephen also worked with Yusuf Islam on the new musical Moon Shadow.

All Out of Love will premiere in Perth, Australia in July 2014, with an October season in Singapore - other Australian and international dates soon to be announced.