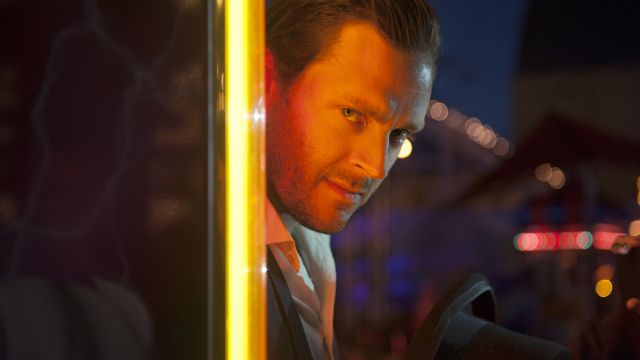 Stephen Sondheim and John Weidman's killer black comedy (musical) Assassins kicks off amidst the lurid debris of a travelling carnival, taking the audience on a kaleidoscopic ride through the psychological landscape of nine notorious historical figures - men and women who, for one reason or another, made attempts on the lives of American presidents.

Directed by Tyran Parke, with Nick Simpson-Deeks as Lee Harvey Oswald and Nadine Garner as Sarah Jane Mooreamong the cast of this new production at Melbourne’s fortyfivedownstairs in April, Assassins delves into dark side of the American Dream and its aggrandising notions of entitlement and “manifest destiny”.

“I didn’t want to kill anybody, but there comes a point when the only way you can make a statement is to pick up a gun.“ Sarah

With a score by Stephen Sondheim (Academy Award-winning composer and lyricist, also known for Into the Woods, Sunday in the Park with George, Company, Follies) and a book by John Weidman, Assassins examines the lives, loves and lunacy of nine American assassins, including John Wilkes Booth, John Hinckley, Lee Harvey Oswald and Sarah Jane Moore.

"Assassins is both terrifically funny and terrifying,” says director, Tyran Parke. “As a show, it strikes that perfect balance between challenging ideas and sheer entertainment.

“Having worked for many years on Sondheim projects and with the composer himself, I'm thrilled to embark on material that demands so much from both performers and audiences. The cast are a dream team who will have the audience in stitches one moment and close to tears, the next."

The score alone is extraordinary, running the gamut from folk to ragtime to big Broadway ballads, hoedowns and barbershop quartets.

Assassins first appeared off-Broadway in 1991. A Broadway revival in 2004, under the direction of Joe Mantello, received huge critical acclaim, winning five Tony Awards, including Best Revival of a Musical.