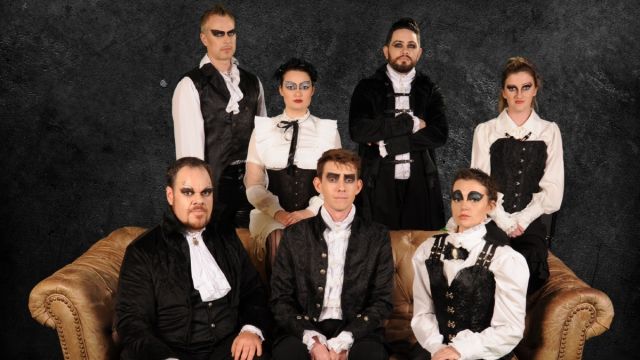 Described it as “dark and dazzling, bizarre and beautiful”, the media release for Nevermore – The Imaginary Life and Mysterious Death of Edgar Allan Poe continues that it is “a unique and wildly theatrical musical play combining haunting music, poetic storytelling, and stunning stagecraft to chronicle the fascinating and moving life story of iconic American writer Edgar Allan Poe, one of the world’s most famous and fascinating writers.”

Nevermore promises “a blend of fact and fiction to create a darkly immersive experience that is difficult to describe, but impossible to forget.” A literary rock star in his day, Poe struggled with tragedy and addiction, poverty and loss, yet produced some of the world’s most original, visionary and enduring literature before dying in unexplained circumstances at the age of 40.

“Each rehearsal I grow more and more in awe of the talent of this cast,” says cast member Arianne Westcott-King. “The creative and production team’s synchronicity on Nevermore is truly going to make the world of Edgar Allan Poe come to life on stage in a gloriously spooky production. Performing in Nevermore is like living through a classic campfire horror story, with heart-stopping twists and turns told through haunting harmonies. I feel as if I am in a Tim Burton film in Nevermore because of its classic gothic style mixed with the angelic and ear-wormy music that I can’t keep out of my head. Nevermore’s creative use of Poe’s soul-touching poetry pays a fitting tribute to the tortured artist and easily welcomes even the poetry-adverse into a gothic fantasy.”

Described as “at once gorgeous and grotesque, exploring the events that shaped Poe’s character and career”, the production promises to give expression to Poe’s words – ‘all that we see or seem is but a dream within a dream’.

Supported by the Department of Local Government. Sport and Cultural Industries.

By permission of ORiGiN™ Theatrical on behalf of Playscripts, Inc.