Come From Away Returns to Melbourne and Sydney 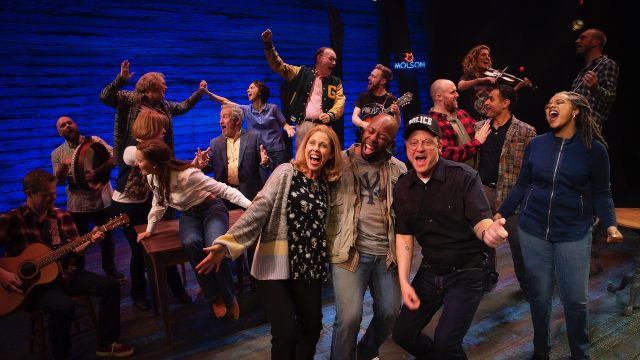 Producers Rodney Rigby and Junkyard Dog Productions have announced that Tony and Olivier award-winning musical COME FROM AWAY will play at Melbourne’s Comedy Theatre from 27 August, with a season at Theatre Royal Sydney from 5 November.

Rodney Rigby said, “COME FROM AWAY is the perfect show for our time; an opportunity to come together and celebrate an inspirational story of hope and humanity. The reception for this show across Australia has been ecstatic and we are thrilled to be sharing it with audiences in Melbourne and Sydney again later this year.”

Premiering in Melbourne in July 2019, the musical went on to break box office records to become the most successful production in the Comedy Theatre’s 94-year history.

The musical opened in Sydney in June 2021, before being ravaged by Covid outbreaks, shutdowns and restrictions.

COME FROM AWAY recommences a national tour in July 2022, premiering at HOTA on the Gold Coast, before moving to Melbourne for a strictly limited season in August, followed by Sydney in November and Canberra in 2023.